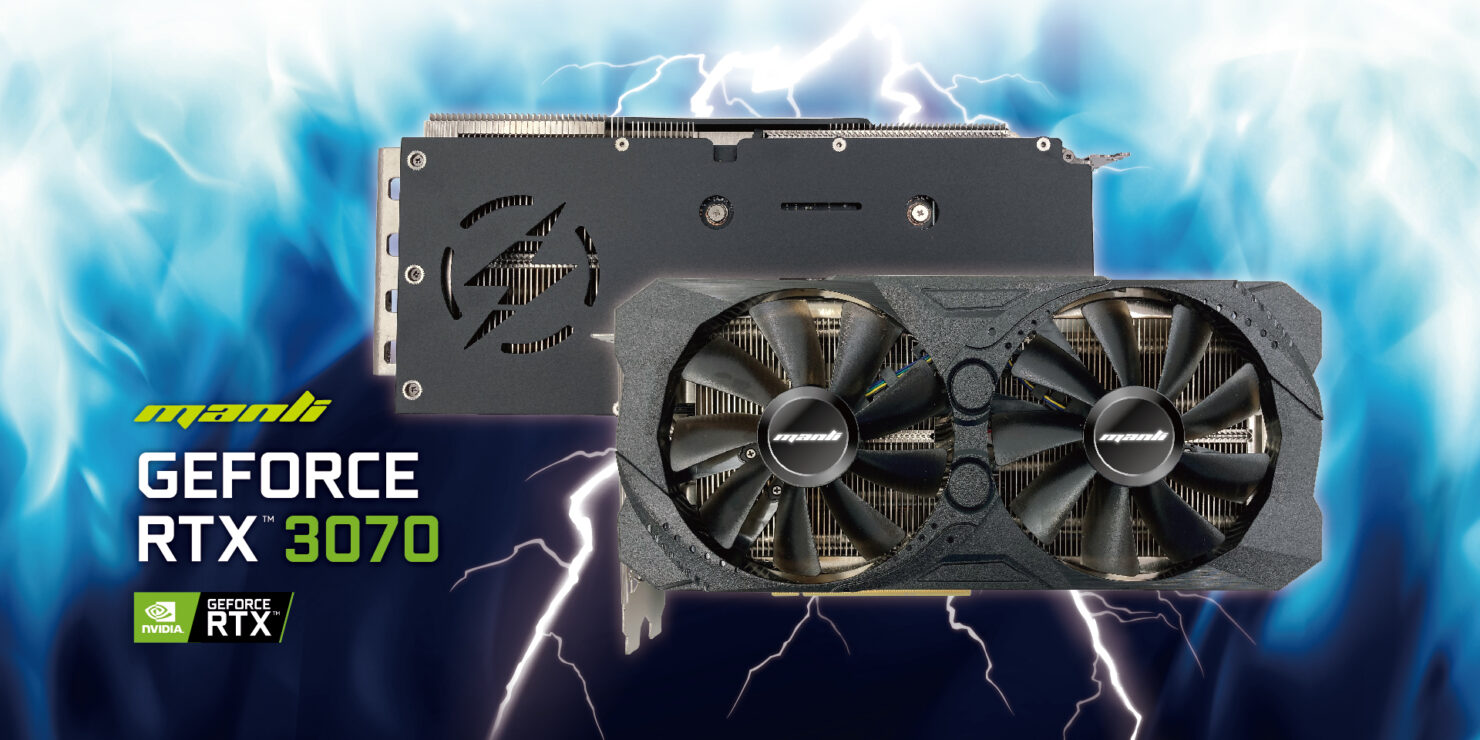 Manli has announced its custom GeForce RTX 3070, which features increased performance and a twin fan cooler. This RTX 3070 features a large twin fan design to ensure adequate cooling for this graphics card which comes with a really compact PCB design.

The Manli GeForce RTX 3070 Graphics card features a boost clock of 1,725 MHz, a strengthened metal backplate, and a Dual-Fan Design

Overlockers may want to look into this card thanks to the large cooling fans and cooling heatsink; these may allow this card to overclock further than NVIDIA's boost clock. These fans are featured in Manli's Design, and in addition to the fans, this graphics card features a metal backplate allowing for much more structural rigidity. This strengthened metal backplate also allows for a better cooling capacity while reducing the GPU flex that some graphics cards can 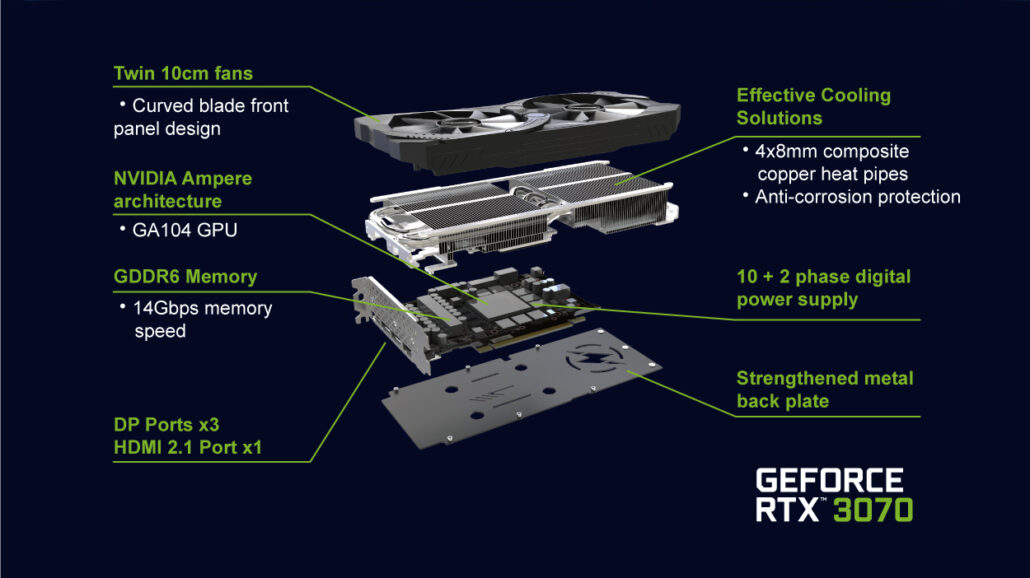 This graphics card part of the second generation of GPUs that will have not only RT cores but also Tensor cores as well as streaming multiprocessors. This graphics card will feature a total of 5,888 CUDA cores, which will be paired with 8 GB of GDDR6 memory offering up to 14 Gbps speeds. The card would also adopt a 10+2 phase power delivery in a very compact PCB package.

Manli has yet to announce pricing or when the Manli GeForce RTX 3070 will be available for purchase at the time of writing.