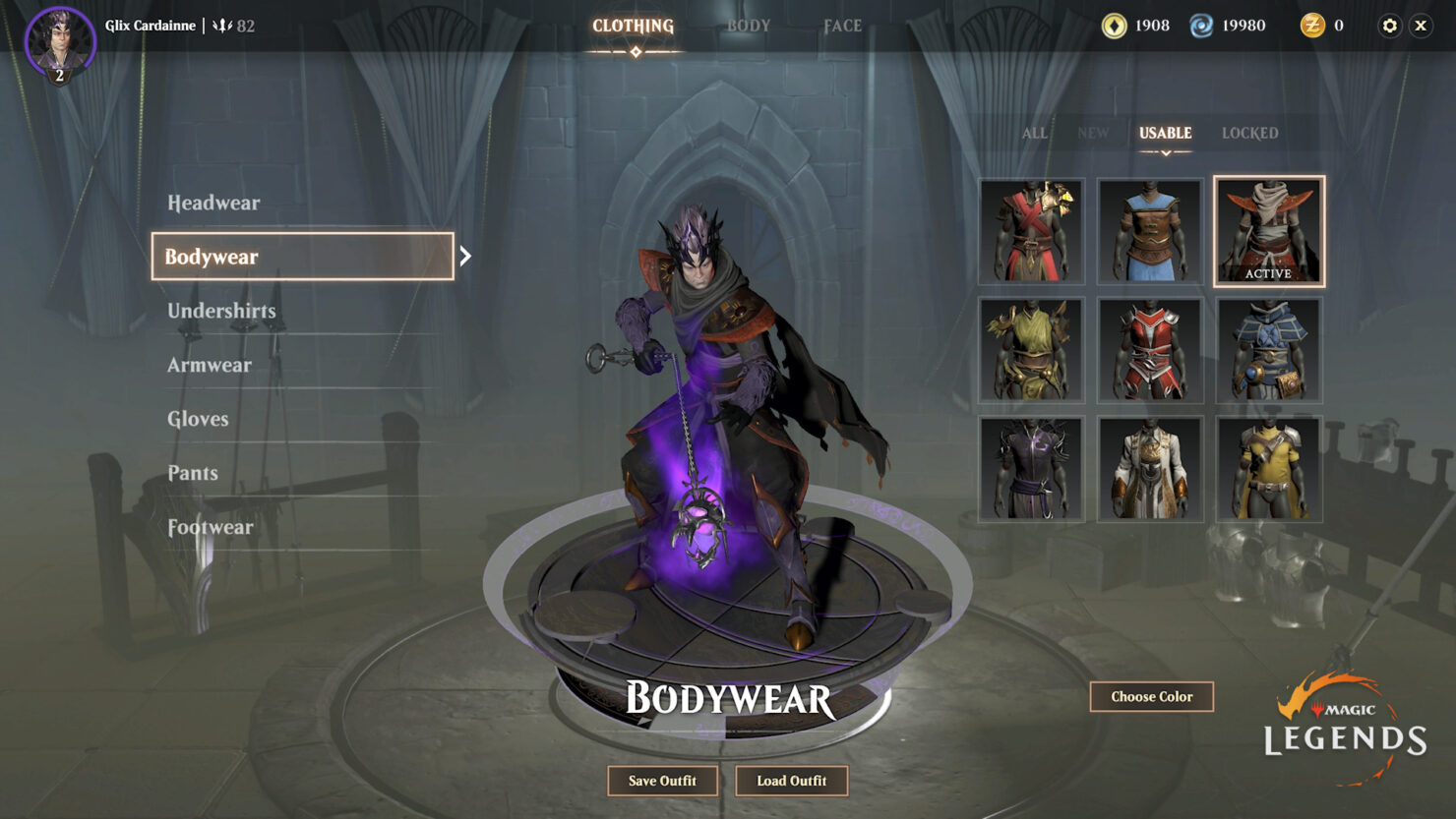 With the Open Beta date fast approaching (the game will be freely playable on PC starting March 23rd), Cryptic Studios has showcased the brand new equipment system added to Magic Legends, its upcoming online action RPG. Originally, the developers planned to implement character progression through spells and artifacts of different rarities, but feedback during the game's Alpha testing convinced them to introduce a proper loot system.

Equipment in Magic: Legends will come in four rarities: Common, Uncommon, Rare, and Mythic Rare - just like in the tabletop version of Magic: The Gathering. These items will fill a variety of slots to deck out your Planeswalker, and you’ll mix, match, and maximize gear for your Head, Body, Arms, and Feet - plus two Accessories.

Equipment will have stat bonuses that improve your Planeswalker’s overall combat ability and survivability. This is done through effects such as increased damage potency, mana color-specific damage reduction, soul-stealing to consume the life force of fallen enemies - just to name a few.

All gear you collect also has a single Core Mod, as well as one or more Adaptive Mods. Core Mods are fixed and cannot be swapped out, while Adaptive Mods can be interchanged. Plus, collecting gear also opens up its cosmetic appearance in The Tailor.

To help focus your Equipment collection, duplicate pieces of gear don't have to be sold to a vendor. Instead, they can be used to either unlock a new Adaptive Mod or allow you to earn an upgrade material for that specific piece of gear. Such materials can then be used to improve the stats of a Mod.

Gathering new equipment will also unlock new cosmetic options that can be accessed through the Tailor NPC, available in each region's Hub area. Players will get to tweak not only their Headwear, Bodywear, Undershirts, Armwear, Gloves, Pants, and Footwear, but also their face, body type, hairstyle, skin color, and more.