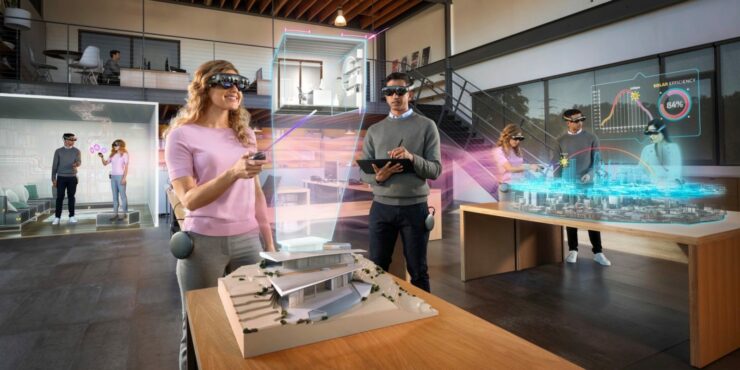 As Magic Leap struggles with headset sales, the company has decided to pivot towards Enterprise and a rebrand of the Magic Leap headset.

“Today’s announcement heralds the arrival of a new chapter for spatial computing with an advanced technology platform for enterprises across all industry sectors,” said Omar Khan, Chief Product Officer at Magic Leap, in a press release. “Our innovative partners are leading the charge by developing groundbreaking applications that will transform their businesses and customer experiences. Together, we are rewriting the playbook with smart applications that will yield greater efficiencies, deeper engagement and significant new business opportunities for all stakeholders."

The Magic Leap One Creator Edition, which shipped last August, is now known as the Magic Leap 1. Aside from the rebrand, the "new" headsets are indistinguishable -- including the $2,295 price point -- from the old as the field of view and technical specs have not changed. Magic Leap is now offering an "Enterprise Suite" package at a higher price point of $2,995 which includes device management features as well as dedicated support channels.

“Since the launch of Magic Leap One Creator Edition in August, 2018, we’ve been working on solutions with enterprise partners, looking at different enterprise verticals, which has allowed us to understand the needs of the marketplace,” said Omar Khan, Chief Product Officer at Magic Leap. “This has enabled us to build a product around the enterprise’s real, everyday needs.”

The company says that the Magic Leap 1's Enterprise functionality is focused on a few core areas: Communication collaboration and co-presence, 3D Spatial visualization, learn and assist, and location-based experiences.

According to IDC, worldwide spending on AR/VR solutions will be led by the commercial sectors, which will see its combined share of overall spending grow from less than 50% in 2020 to 68.8% in 2023. The research firm thinks that the AR/VR spending for the training sector will be worth $2.6 billion in 2020, while the industrial maintenance vertical will be worth $914 million. Consumer spending, however, will only account for a little over one-third of all AR/VR spending.

Considering these numbers, Magic Leap's pivot makes sense and was something that Wccftech called for in earlier coverage of the company.  However, it faces a tough uphill battle against the technically superior HoloLens which has the backing of Microsoft (NASDAQ:MSFT) -- with its immense pool of capital and existing connections with Enterprise clients. Case and point: the US Army has already purchased 100,000 HoloLens augmented reality headsets for $480 million.

But Magic Leap's CEO, Rony Abovitz, thinks the platforms agnostic nature is its inherent advantage. In an interview with Forbes, Abovitz pointed out that Magic Leap isn't limited in compatibility to just Microsoft's stack, it's fully compatible Abovitz with Azure, AWS or Google Compute.

“Think about the complexity of military needs, and their security requirements," he said. "Our strength is open and modular and ease of integration, something our DoD clients really like about us.”

Magic Leap also said that the Magic Leap 2 is still on track for a 2021 launch, and will be hitting production lines by mid-2020.