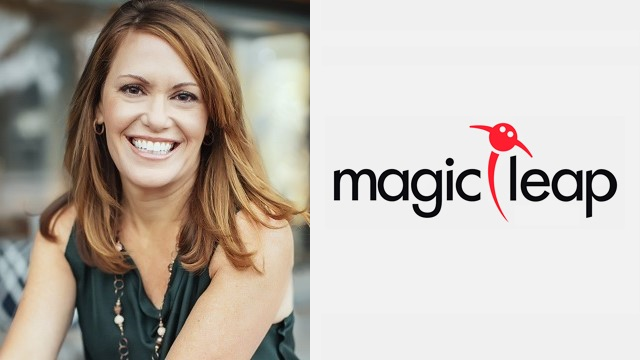 “Magic Leap’s technological foundation is undeniable, and there is no question that has the potential to shape the future of XR and computing,” Johnson said in a statement.

We’re excited to welcome our newest #Leaper (and leader) Peggy Johnson! Peggy will join us as CEO on August 1. We can't wait to begin our next chapter under her leadership.

Johnson will assume the role on August 1 when current CEO Rony Abovitz steps down. Abovitz announced his intent to depart the company in late May. “It became clear to us that a change in my role was a natural next step. I discussed this with the Board and we have agreed that now is the time to bring in a new CEO who can help us to commercialize our focused plan for spatial computing in enterprise,” Abovitz wrote in a memo at the time.

Abovitz’s departure came shortly after the company announced that it had closed its tenth funding round to the tune of $350 million. This will bring the total funds raised by the company to just north of $3.4 billion, according to publicly available data. Despite this massive fundraise, Magic Leap has only released one product: the Magic Leap 1 headset (formerly known as the Magic Leap One Creator Edition). Abovitz said that he wanted the company to sell one million of these headsets, the high price point was clearly a turnoff, he later revised this target to 100,000 units. But the actual figure was much worse: only 6,000.

Johnson’s experience at Microsoft points to an M&A move

Johnson has been with Microsoft since 2014, according to The Wall Street Journal, and during this time she has overseen some of the company’s biggest acquisitions of late: the $26 billion purchase of LinkedIn in 2016 and $7.5 billion purchase of GitHub in 2018. Prior to her tenure at Microsoft, she was employed at Qualcomm for nearly 25 years in a variety of different roles.

In 2016, Johnson helped start a venture capital fund at Microsoft, now known as M12, to directly invest in start-ups, especially those in cloud computing and artificial intelligence.

With the large patent library of Magic Leap (part of which was put up as collateral for a recent round) and a lack of consumer interest in the actual headset, an M&A move with a large enterprise that has an interest in spatial computing would be a logical play.

Who wants to buy Magic Leap?

But whom? The Series D round it closed in March 2018 had a pre-money valuation of $5.5 billion. The last acquisition that came close to that valuation was Facebook’s purchase of Oculus for $2 billion in 2014 (but arguably that was based upon overly optimistic, flawed data). Everything under that has been in the range of hundreds-of-millions, not billions.

There’s also the opinion to break the company up and auction off patents individually. That might make the most sense, as it would allow tranches of investors to be repaid, perhaps at a slight profit, for their efforts. Or maybe the plan is for Microsoft to acquire Magic Leap’s IP at a cutdown rate, and absorb what remains of the team back into the company?