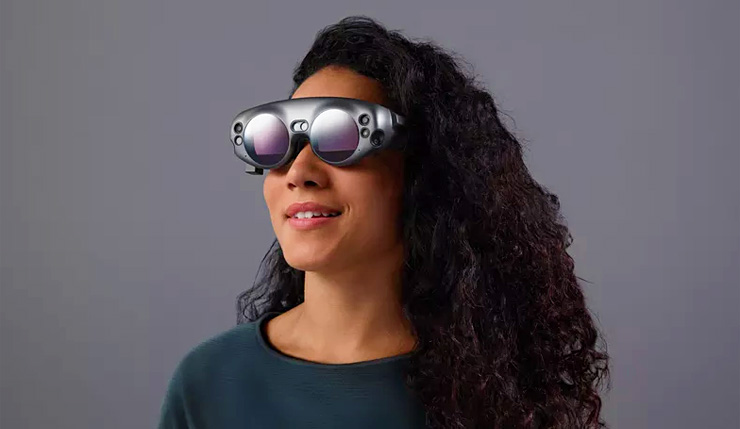 You may not have heard of Magic Leap, but tech investors are certainly big fans of the startup. Founded in 2011, the company has raised a slightly ridiculous $1.9 billion in venture capital and is worth over $6 billion on the stock market. This has all been based on rather vague promises that the company was working on something that would revolutionize holographic technology.

Well, Magic Leap has finally let on what they’ve been doing with all that investment cash, revealing their Lightwear mixed-reality goggles. Like the mixed-reality headsets being pushed by Microsoft, Lightwear combines virtual reality with augmented reality, which projects holographic images into the real world. The most immediately obvious things that set Lightwear apart are its portability and form factor. Lightwear is powered by a small pocket-sized computer called the Lightpack, and is a lot more stylish than the current toaster-sized mixed-reality headsets. Okay, “stylish” might be pushing it, but I could see myself wearing Lightwear goggles in public without too much undue embarrassment. The device also comes with a simple one-handed motion controller. 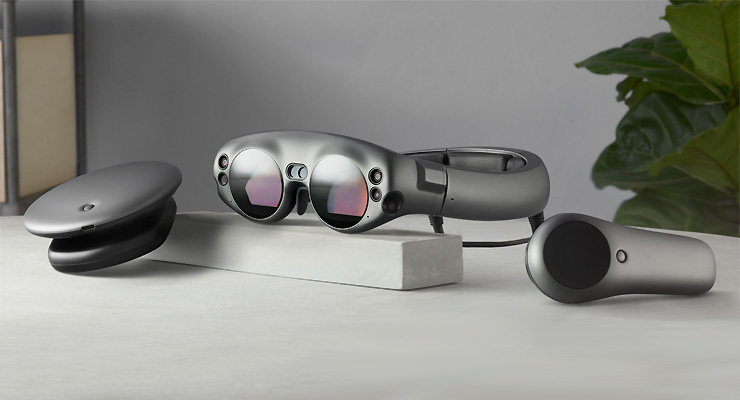 “Our light field photonics generate digital light at different depths and blend seamlessly with natural light to produce lifelike digital objects that coexist in the real world. This advanced technology allows our brain to naturally process digital objects the same way we do real-world objects, making it comfortable to use for long periods of time.”

That “Lightwear is actually comfortable to use” talking point is a big one. I honestly believe the nausea factor is the number one thing holding virtual/mixed reality back. People aren’t going to pay hundreds of dollars for something that makes them want to barf, plain and simple.

Glixel recently went eyes-on with several Lightwear “experiences.” These included interactive virtual screens, comic books, theme park rides, and robot and human figures. According to Glixel’s Brian Crecente the Lightwear imagery was more detailed and convincing than your typical mixed-reality holograms. That said, it doesn’t sound like these experiences were running on an actual Lightwear unit.

There are still a lot of unanswered questions surrounding Lightwear – what are the device’s specs? What kind of battery life can we expect? What software will it support? What’s the price? Right now, we’re still very much in the “big talk and ideas” phase, but some of the things being said are undeniably intriguing.

Magic Leap promises an early version of Lightwear for developers will launch sometime in 2018. You can sign up for Lightwear news alerts at the Magic Leap website.