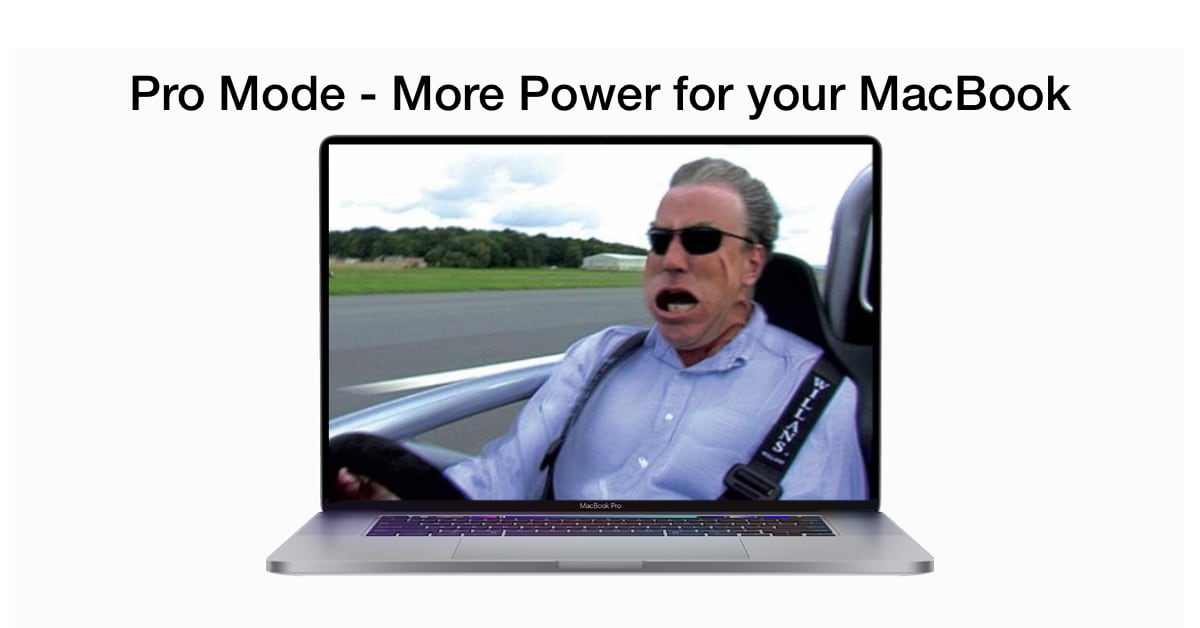 macOS Catalina 10.15.3 beta code contains references to a new "Pro Mode", which will increase performance for apps on portable Macs. For apps to run faster, Pro Mode will consume more energy which will reduce battery life and increase fan noise.

9to5Mac found the code reference in the latest macOS Catalina 10.15.3 beta build. The option appears as a customizable toggle, which means users will be able to turn it on and off manually. The strings also show the following system messages:

As per the code, the "Pro Mode" will allow users to sacrifice battery for better app performance. This might be useful in certain use cases, such as faster video rendering, improved game performance, and even editing for large photos. However, MacBooks are not well known for their thermal performance, and pushing them further with a "Pro Mode" might very well increase the pace of internal wear and tear. To save from thermal issues, "Pro Mode" will run similarly to "Do Not Disturb", as in it will automatically toggle off the next day.

It is important to note that macOS has never allowed users to customize power management before. Although there are a few energy saving settings like display time-out, hard disks sleep, and Power Nap, users cannot customize the settings like they can on Windows. Windows allows users to customize power settings and put their PC into a high-performance mode, low-power mode, or create their own power plan. Windows 10 even has a Game Mode which aims to provide stable frame rates during gaming by prioritizing CPU and GPU resources for the game.

We have many questions regarding Pro Mode. Will it overclock the CPU or GPU? Or will it just make them run constantly at maximum clock speeds? It is also unclear whether Apple will launch this Pro Mode with a minor macOS 10.15.3 beta update or wait until macOS 10.16 to release it. The company usually does not roll out major new features in minor macOS updates.

Whenever Apple decides to release Pro Mode, it is good to see that Apple is working on allowing users more control over the performance that they can get from their Macs.