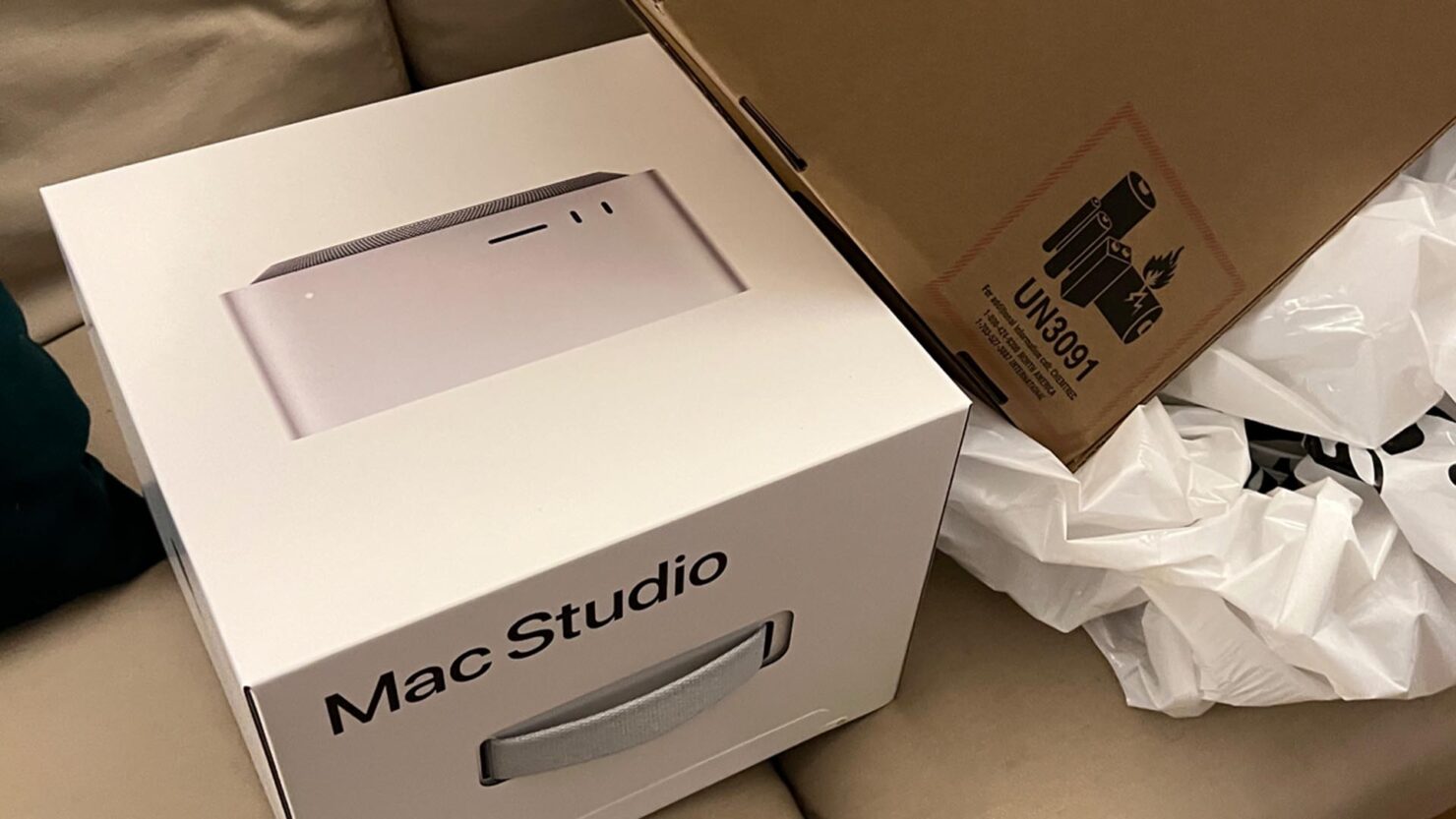 Apple’s Mac Studio is not going to launch before March 18, but there are rare instances where lucky customers get their hands on products before the official release date. One such person decided to share his happiness as evidence of the package arriving to him.

Customer Will Be Providing More Information About the Mac Studio Soon

For the time being, Mac4ever reports that Simon received his Mac Studio well in advance, and to provide proof, the box showing the product, its handle, and the brown shipping box it came in were all pictured. According to Mac4ever, Simon will be posting additional images, but for the time being, the one posted above is the only one we can see. Apple does its best to prevent products from going out to customers early, but once in a while, the company’s retail partner makes a mistake.

It is not an inconvenience for Apple, but rather, if more images followed by some helpful information was provided, future customers who were looking to upgrade to the Mac Studio could make an informed purchasing decision down the line. For those that do not know, this product was unveiled during Apple’s ‘Peek Performance’ event and became the most powerful product the company announced, thanks to being outfitted with the company’s best custom chipset to date, the M1 Ultra.

That M1 Ultra will be a part of the Mac Studio, just as long as customers are willing to pay a minimum of $3,999 in the U.S. for the 20-core CPU, 48-core GPU, 32-core Neural Engine version that also ships with 64GB of unified RAM, 1TB of PCIe NVMe SSD storage and no pre-installed software. The top-tier model, which costs a whopping $8,498.98, gets you a 20-core CPU, 64-core GPU, 32-core Neural Engine, 8TB SSD, 128GB of unified RAM, and the creative apps installed. This fully kitted out model will be overkill for lots of customers, but some will love to see how far the Mac Studio can stretch its legs.

The configuration of Simon’s Mac Studio is currently unknown, so it will be great to see if he can update potential buyers on more information and, hopefully, more images.