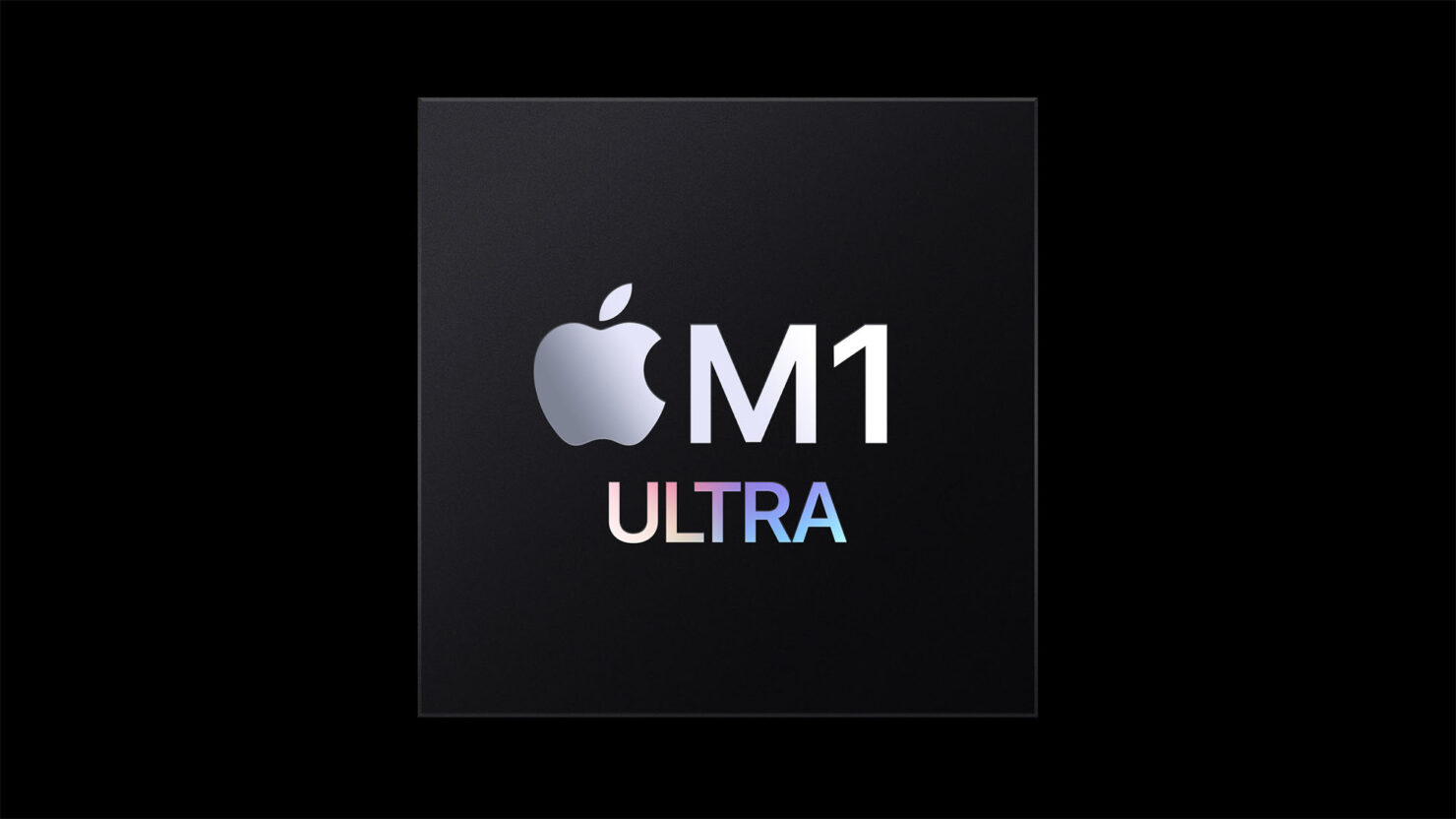 Apple just revealed something that trumps the M1 Max in performance, the M1 Ultra, making it the most powerful SoC from the technology giant right now. With the latest announcement, the company has successfully completed its Apple Silicon transition. Here is everything you need to know.

The SoC that makes the 20-core CPU and 64-core GPU is made thanks to the fusion of two chipsets process that Apple calls UltraFusion. Johny Srouji, Apple’s senior vice president of Hardware Technologies had this to say about the M1 Ultra.

“M1 Ultra is another game-changer for Apple silicon that once again will shock the PC industry. By connecting two M1 Max die with our UltraFusion packaging architecture, we’re able to scale Apple silicon to unprecedented new heights, With its powerful CPU, massive GPU, incredible Neural Engine, ProRes hardware acceleration, and huge amount of unified memory, M1 Ultra completes the M1 family as the world’s most powerful and capable chip for a personal computer.” 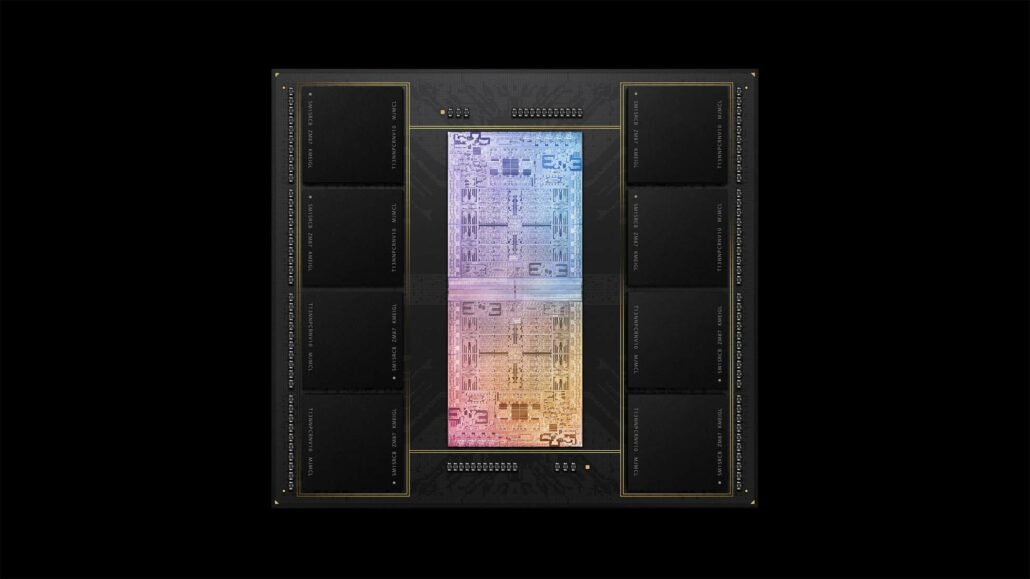 For the most part, the M1 Ultra is two M1 Max chipsets combined together that delivers 2.5TB of bandwidth between the two. As for the 20-core CPU, 16 of those are focused on performance, while the remaining four handle the less demanding tasks. It delivers 90 percent higher multi-threaded performance than the fastest available 16-core PC desktop chip while consuming the same power. 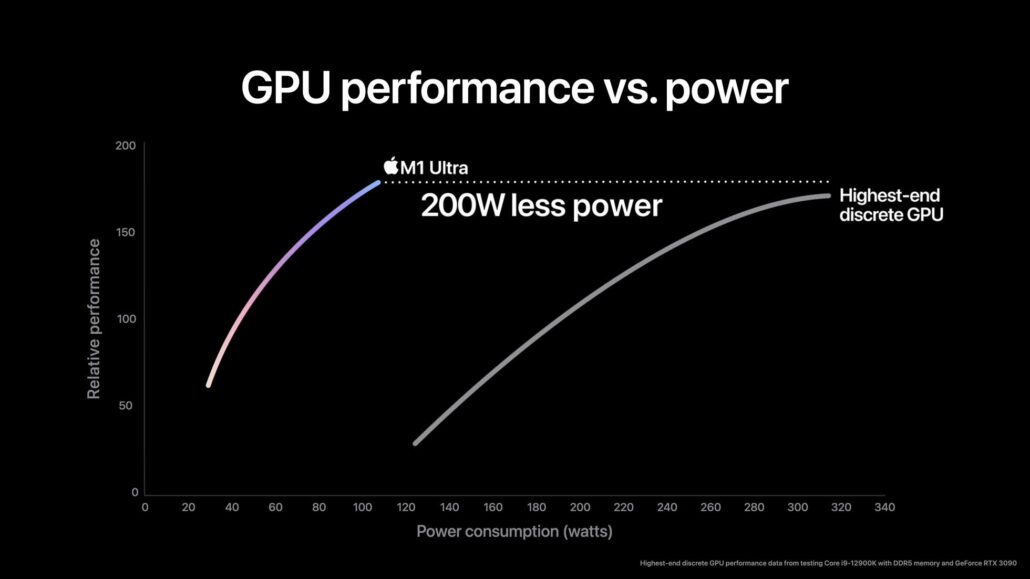 As for GPU-related tasks, Apple claims that M1 Ultra delivers faster performance than the fastest desktop GPU while consuming 200 watts less. Additionally, the new chipset sports a 32-core Neural Engine for machine learning purposes. Where a single M1 Max was limited to 64GB of unified RAM, the M1 Ultra can support up to 128GB of the same memory. Memory bandwidth also gets a significant raise at 800GB/s, with the new part now eight times larger than the M1.

The M1 Ultra can also play back up to 18 streams of 8K ProRes 422 video, which Apple claims no other chip can accomplish. The new silicon is found in the newly announced Mac Studio and should unlock new levels of performance that have never been seen before, and we will likely see them in the coming days, so stay tuned. 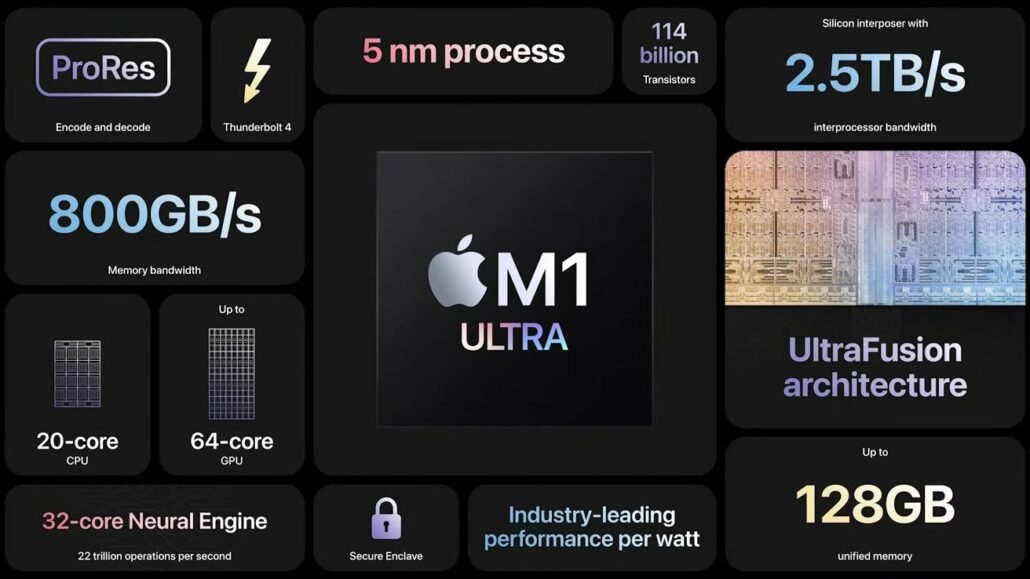