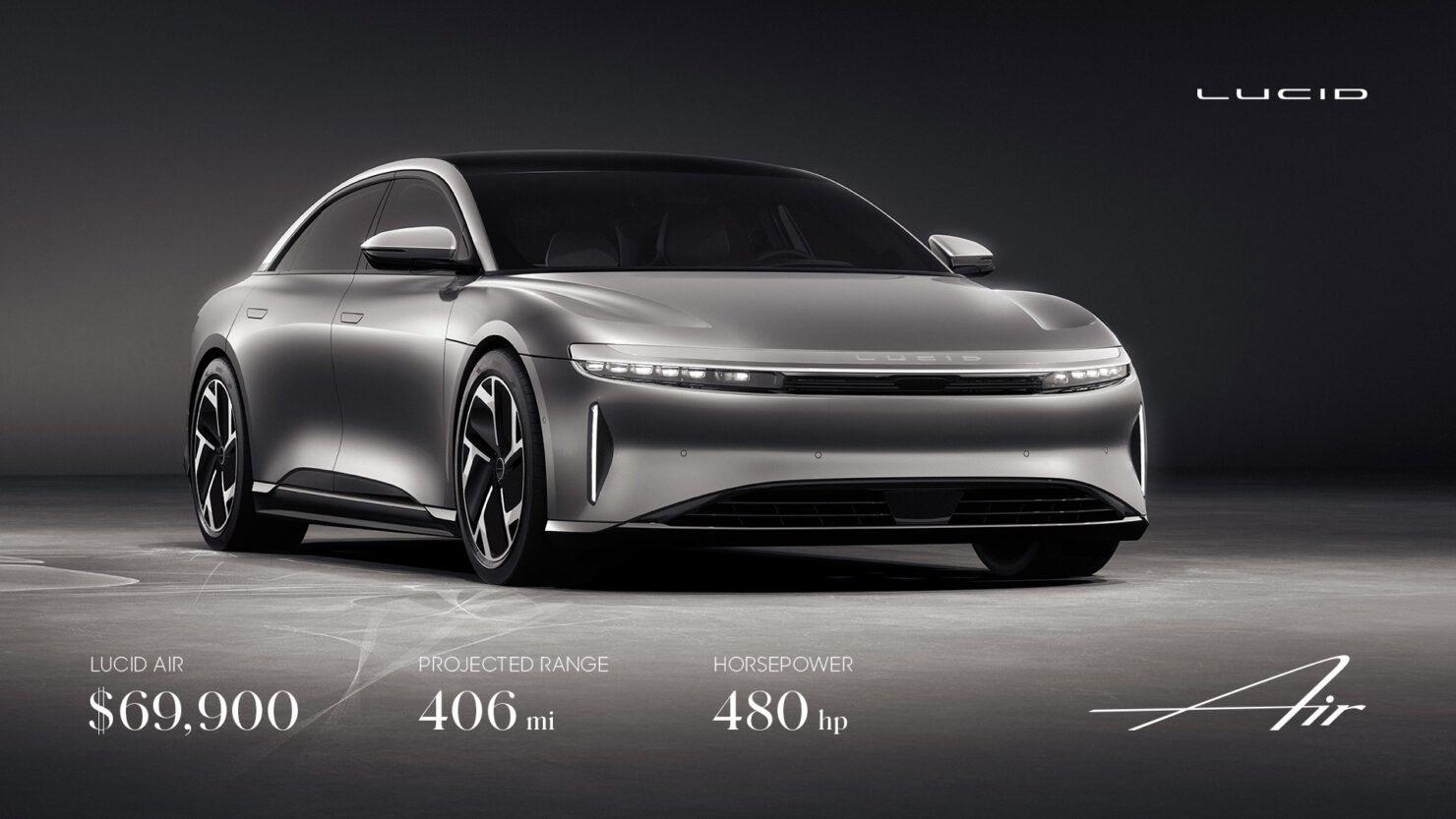 Lucid Group (NASDAQ:LCID) seems to be on the verge of achieving a major milestone if the company’s latest tweet is anything to go by.

To wit, Lucid Group has now tweeted a picture of the Air EVs about to be shipped en masse to early reservation holders. A formal press release would likely materialize after a quality control inspection to ascertain pristine delivery.

In late September, we had noted in a dedicated post that the Air EVs were rolling off the assembly line, with formal deliveries likely to take place in October. As per the image tweeted by Lucid Group a few hours back, this eventuality now seems to be on the verge of materializing.

Bear in mind that Lucid Group has received over 13,000 reservations for the Air EV. Moreover, the company plans to deliver 520 units of the Lucid Air Dream limited edition in order to mark the groundbreaking EPA range estimate of 520 miles for this version.

Earlier in October, Lucid Group had revealed the detailed specs of its DreamDrive, an SAE Level 2 ADAS that will debut on the Lucid Air EV. The ADAS features 32 sensors, including cameras that enable a 360-degree view, short-range and long-range radar, LiDAR, and an ultrasonic sensor. Currently, the highway-assist functionality of DreamDrive allows lane-centering, adaptive cruise control that can maintain a safe distance from objects, autonomous emergency braking, and driver monitoring for continuous vigilance. Additionally, the DreamDrive-enabled EVs are able to park autonomously as the system identifies parallel and perpendicular parking spots and then enters or exits these spots on its own. The company intends to introduce highway lane change assist soon, eventually transitioning to complete highway autonomy via OTA updates.

Lucid Group has so far largely adhered to its stated timeline for achieving major milestones. The company plans to manufacture 520 units in 2021, ramping up its production cadence to 20K units in 2022 and 49K units in 2023. Crucially, 2023 would also see the launch of the Lucid Gravity SUV. Moreover, overseas shipments are likely to commence next year.

BREAKING: I've been told by few sources that Lucid will be delivering its very first Lucid Air Dream Edition cars at an October 30th delivery event at the Lucid HQ. A select few reservation holders have received their VINs & have been contacted. The official invitation is below. pic.twitter.com/4Y6UPcjQIy

Lucid Group is gearing up to hold a dedicated delivery event for the Air EVs on Saturday, the 30th of October. A select group of reservation holders have already been contacted in advance.

We will continue to update this post with pertinent details.

Lucid Group has now tweeted that the first Air EVs would be delivered during a dedicated event on Saturday, the 30th of October. The company's stock is up over 5 percent on this news.