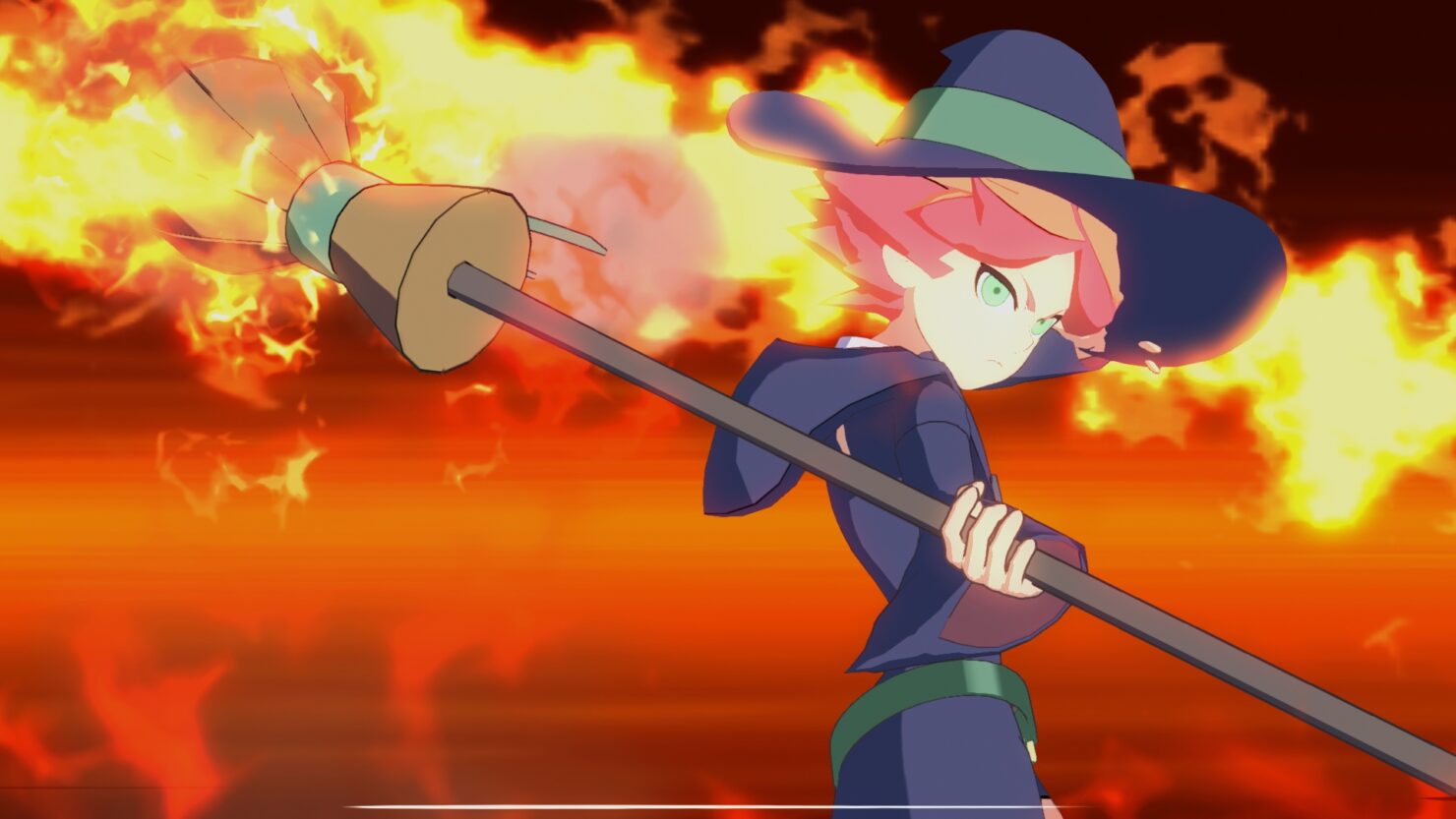 If you haven’t heard of Little Witch Academia - it’s okay, I don’t blame you. The adventures of Akko Katsuki and her pals studying at Lunanova - a school for witches - aren’t exactly the biggest hit in anime, despite being an absolute joy. That’s why Bandai Namco’s new game Little Witch Academia: The Chamber of Time was the first time many had even heard of the little witch that could.

In The Chamber of Time, Akko discovers a secret area hidden inside the school library full of treasures and monsters - more monsters than treasure, really. Akko wanders down into the chamber with her pals Sucy, Lotte and more in order to wipe out the beasties with their variety of magical abilities. The game plays like a classic side-scrolling beat-’em-up. Think Streets of Rage or Double Dragon, only instead of punches and kicks these girls are doing damage with spells - massive AoEs, smaller bursts of magical energy, ranged projectiles - you name it, they’ve got the spells needed to wipe out some bad monsters.

In the demo I played Akko, Sucy and Lotte travel into the chamber - which is alarmingly much bigger than the outside would suggest - and wander through a dank dungeon-like environment. Clusters of simple monsters need to be defeated before moving on to the next bunch, just like side-scrollers of yore. There are a few interactable elements and things hidden away - one switch that required mashing Circle to activate swung a fireplace to the side, revealing a secret room, with a monster that needed vanquishing and a reward of a bucket load of gold.

For the most part, monsters are simple to defeat - perhaps too easy. The bland creatures don’t put up much of a fight, even when you give them more than a chance to take a swing. Large groups can be easily enough thwarted without you using any special abilities - a large AoE ice spell was more than enough for most.

Where things got really interesting was the boss fight to finish the demo. A large screen-filling minotaur-like beast loomed in the background as he smashed his fists down into the play area. Dodging his swipes you have to do damage to his hands, and once he’s toppled, go for the head. It was a real visual feast and seeing his health bar crumble as I unleashed the powers of Akko’s Shiny Arc was too satisfying. But from what I can see thus far, the main draw of Little Witch Academia: The Chamber of Time are the visuals. The cel shaded art style looks absolutely gorgeous in motion, and really captures the anime down to a tee. The game seems like fun, but things need polishing up - and I have high hopes for more interactions with other characters and potentially exploration of Lunanova to break up the tedium of fighting. One to watch for fans, surely, but wait for reviews.