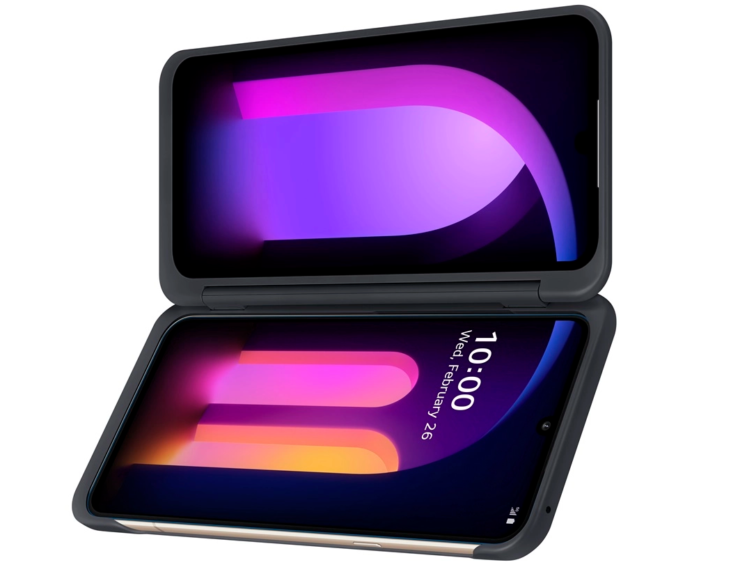 LG's unveiled (and probably only) flagship device of 2020 earlier last month via a press release. Dubbed as the LG V60 ThinQ, the phone borrowed several aspects of the LG G8x ThinQ, the primary element being its dual-screen design. LG's smartphone division is in hot water, and the company pledged that it would do better in 2020. Now, the company has unveiled its price in the United States. Let's take a look at just how much an LG V60 ThinQ will cost you.

LG V60 ThinQ will be available in the US via T-Mobile, Verizon, and AT&T

In the United States, the LG V 60 ThinQ is available for purchase via the 'big three.'  T-Mobile and AT&T will sell it first, followed by Verizon. T-Mobile and AT&T will begin taking orders for the new LG phone starting Friday, March 20th. AT&T hasn't specified a price yet, but we can expect it to show up on its landing page shortly. T-Mobile has priced the smartphone at $799.99 total or $33.34 per month for two years. However, you'll only get one screen for that price. The second screen attachment will set you back by an additional $100, bringing the total price to $899.99.

Opinion: Here’s Why I Think the LG V60 ThinQ Is Dead on Arrival

The LG V60 ThinQ will cost $949.99 total or $39.58 per month for two years on Verizon. You can get a second device for free (via Verizon credits) if you purchase a second line. There is no word about its pricing on other networks such as Sprint, Xfinity, and US Cellular jus,t yet. It should be more or less on par with the competition, and the same will likely apply for an unlocked version of the flagship.

LG's pricing strategy for the V60 ThinQ is interesting. It is the only flagship that still has retained the headphone jack and even comes with a DAC. It'll be interesting to see how the phone is received by the market, given the unique blend of features that the device has to offer. The Korean giant is reportedly axing its G series of flagships, so all of its hopes and dreams lie with the LG V60 ThinQ.