There may be a Google Nexus 8 in working and LG might be working on that next Google Nexus 8 tablet, suggests a trusted leak. According to this rumor, LG V510 is being linked to the Nexus 8 through a database entry. 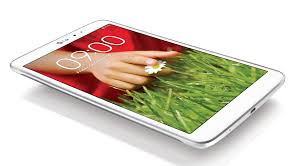 LG V510 has previously been spied on a Bluetooth Special Interest Group listing as being tested for Bluetooth certification. Then, it was though that V510 was a variation of the LG G Pad 8.3. From the trusted @evleaks, comes this piece of information according to which LG V510 tablet has been spotted in a leaked code. This code suggests that LG V510 could potentially be an 8-inch Google tablet, currently being named as Nexus 8.

The code lists it as an LG-made Google product with buyer details as "USG/Google_open_16G (United States)" making the leak quite a hit.

Google certainly has some good relationship with LG which produced the last two Nexus smartphones. Although the specs of Nexus 8 haven't been revealed, it is hinted that V510 might be a base for Nexus 8 tablet.