With Nexus smartphones off the table, credible rumors have pointed towards the next Nexus tablet in the works. Google launched the Nexus 7 tablet last year and the tablet provided direct competition to Apple's iPad series. However, Apple soon responded in kind, and launched the iPad Air and the iPad Mini with Retina display to compete with the growing popularity of the Nexus 7. Well it looks like both the companies are set to do the same again, with rumors pointing towards a Nexus 8 tablet in the works and two new iPads. So what we've done here is gathered all the rumors and made a comparison of the expected products. 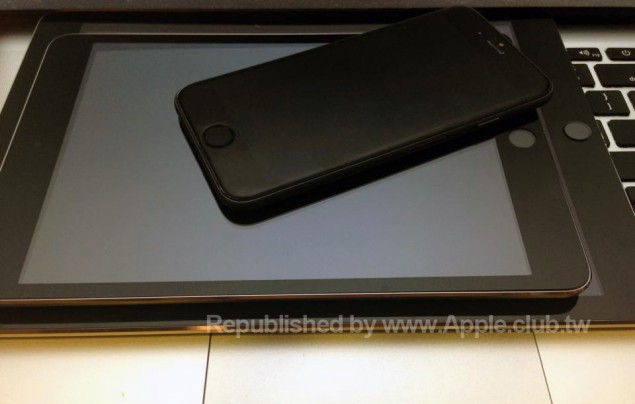 A couple of days back we received a leaked photograph showing possible contenders of what the upcoming iPad Mini 3 and the iPad Air 2 might look like. There was also concrete word from the site androidpolice about HTC's 9 inch Volantis tablet also dubbed as the Nexus 8 tablet. Starting from the processor of the two tablets, the iPad mini 3 is expected to come with a 64 bit A8 processor. Technical specification about the A8 are not yet known but as expected the processor will feature increased computing and graphics performance. The iPad Air 2 is also expected to be launched with the same processor. Coming towards the Nexus 8, androidpolice firmly belives that the tablet will be launched with Nvidia's Tegra K1 'Logan' 64-bit processor. This will be supplemented by 2GB of RAM. 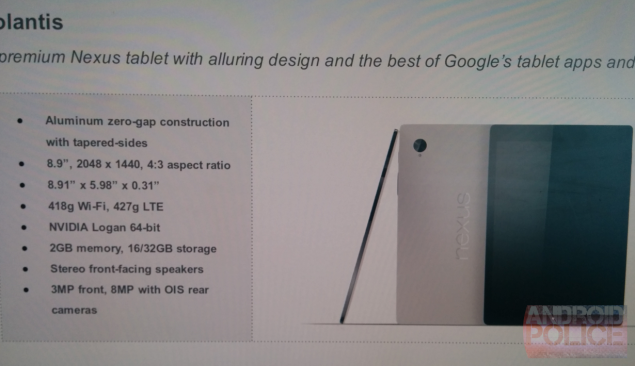 The Nexus 8 is also expected to feature a 8.9 inch, 2048 x 1440 inch display with a 4:3 aspect ratio. This should give the device a pixel density of 281 ppi, giving the device a sharp display. Coming towards the iPad mini, as we pointed out earlier, both the iPads are expected to be incremental upgrades to the current models. This means that the next iPad can be expected to come with a 2048 x 1536 resolution and if screen size is to stay the same aswell, then this would give the device a pixel density of 324ppi. These are the display specifications of the current iPad mini with retina display. Even though this leads the iPad having an edge over the Nexus  in terms of display and resolution, both the devices can be expected to deliver top notch display performance.

Coming towards pricing and launch date details, there have been no concrete rumors regarding the launch date of the next iPads. Apple generally launches the iPads in the month of Novemenber, so this is when the next models can be expected to be launched as well. HTC's Volantis however, is rumored to come out with the Android L, which has no specific release date as of yet. However rumors point towards the launch date of the Nexus 8 to be in the window between September - December, which puts it in the same time as the iPad. How Google chooses to launch it will decide which Apple products the Nexus 8 will compete with. The iPads are expected to feature a price cut and the HTC Volantis is expected to be launched with two prices. These are $399 for the 16GB version and $499 for the 32GB version of the tablet. Apple isn't expected to increase the prices for the next iPads if it hopes to compete with the Nexus 8 and other Android tablets.