LG has dropped some hints for LG IRIS scanning in the upcoming devices in G Pro 2 unveiling event. From the news, it looks like LG G3 flagship smartphone will be launched with one or the other form of biometric scanner for user authentication. 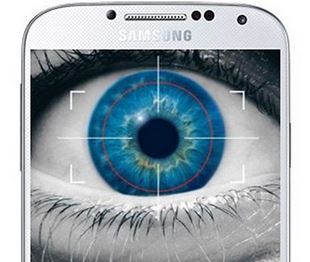 - Read: How to Use Google Maps Offline on Your Android and iOS Devices

While it could easily be a fingerprint scanner - like Apple 5S, HTC One Max, and the upcoming rumored Samsung Galaxy S5 - LG is also considering the possibility of LG iris scanning technology. The IRIS scanning technology is also rumored to be implemented in Samsung's next flagship. However, no credible source has confirmed this rumor.

An executive speaking at the South Korean launch of LG G Pro 2 confirmed that LG is considering all possibilities regarding the eye-recognition and the fingerprint scanning technology for their next flagship device to be launched later this year.

LG G Pro 2 phablet will be released in Asia in March following the release in South Korea. LG's next flagship smartphone is set for a later launch. Earlier rumors had suggested that LG G3 might launch in May featuring a 5.5 inches, 2K display with a fingerprint scanner. We will wait for any leaks or images to confirm LG IRIS scanning technology and if it would be integrated in the next flagship smartphone.

Heavily Rumored Iris Recognition Makes It On The Note 7; Here’s Everything You Need To Know

3S: The $129 Retinal Scanner Smartphone Being Prepped by TCL