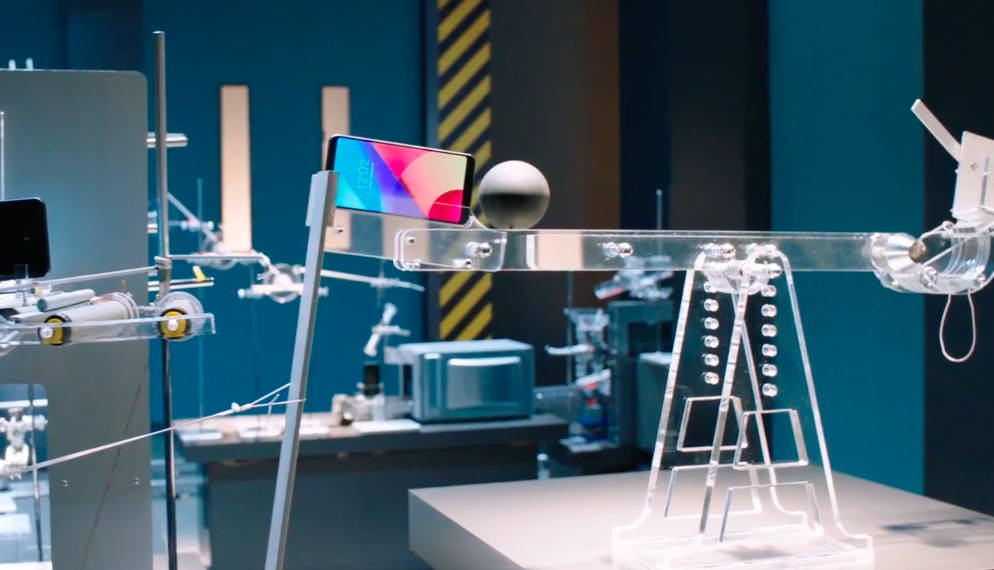 LG has come up with the geekiest advertisement to promote the durability of its latest LG G6 flagship. In the ad, the company has extensively showed off the minimalistic glass design of the G6 and how durable it is. LG touts that the phone is extremely sturdy and the ad is just to promote it openly.

In the video, you can see that a Rube Goldberg machine is carrying the LG G6 units. Now this machine pushed the units through a series of tests (presented in a pretty crafty manner) such as water immersion, dust resistance, a straight drop test, freezing and heating at -20 degrees, heating test, and quick charging.

These tests were not enough, the ad also shows how the G6 clears the heating pipes test, wherein the device's maximum temperature was 35.5 degrees only. Perhaps a salt in the wound of Galaxy Note7, eh? After showing all the durability tests, the video converges to design tests that starts with showing off the FullVision display coupled with HDR 10 and DolbyVision technology. The device then slides to show off the seamless design with no camera bump.

After putting the G6 through all the possible tests, the domino effect finally ends on a drone taking off and revealing the name of the device through an aerial view.

Amidst all the actions, the G6 is sliding around smoothly. One after one tests in the video are to convince the consumers that the G6 is the real deal and is averse to the adverse conditions that a normal phone can hardly survive, except for the old Nokia 3310 - that device was the king of durability, right?.

LG G6 comes with IP68 water and dust resistance rating and its curved corners are touted to protect the phone in case of a fall. The company claims that the device has been put through various tests during production and the advertisement is just to show how the G6 excels at everything.

Last week, Samsung also released three video ads for its latest Galaxy S8 flagship. And now LG has also released a video featuring the G6. It would be interesting to see if LG could match up to the buzz that Samsung has created for its device. Regarding availability of the G6, LG says that it will be available globally in the "next several weeks."