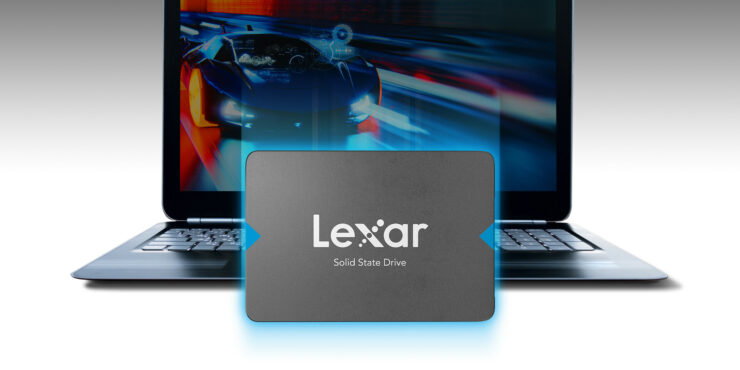 The NQ100 SSD features a simple design, having a gray color with two blue triangles on either side of the SSD. In the center of the SSD, the Lexar Logo is easily shown off in an SSD window or on the inside of a PC case. This simple design ensures that the SSD fits in with various other PC components ranging from motherboards to other SSDs to even other hard drives. 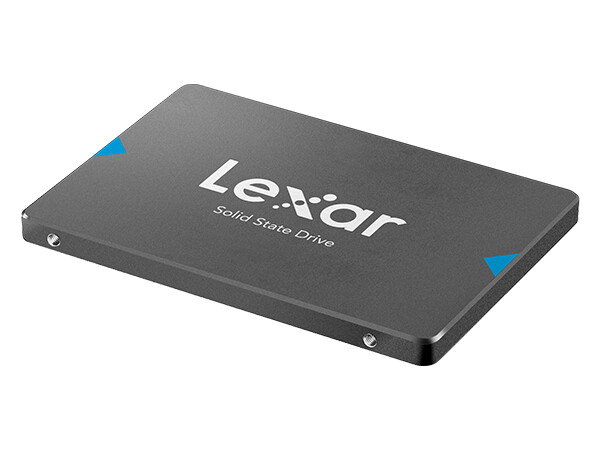 These models feature a sequential read speed of up to 550 MB per second and a TBW reading of 168 TB for the 240 GB model, while the 480 GB model features a TBW rating of 336 TB. This SSD features a 2.5" form factor to ensure widespread compatibility with both motherboards and PC cases. This SSD is a perfect choice for upgrading your computer for faster booting times, faster data transfers, and faster application loading speeds.

This SSD is tested thoroughly by Lexar Quality Labs to ensure reliability, compatibility, and that each SSD features the quality that Lexar is known for!