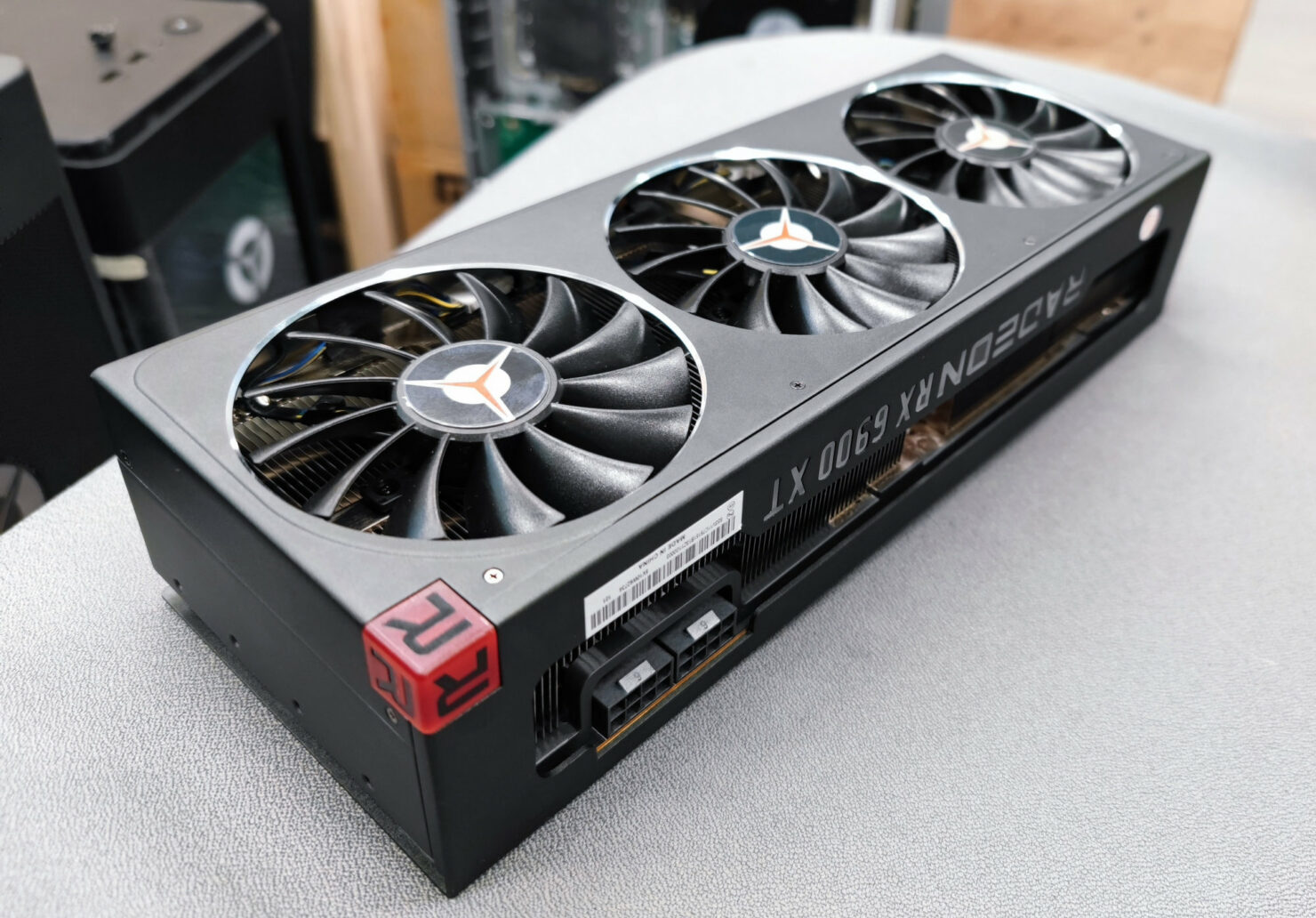 Lenovo is preparing a custom variant of the Radeon RX 6900 XT graphics card for its Legion line of desktop PCs. The graphics card was announced a few months ago and now we get to see more detailed shots of the real product which looks mighty impressive & may even deserve the title of AMD's own BFGPU (Big Ferocious GPU).

We know that the Lenovo Legion PCs will incorporate both the Radeon RX 6900 XT & RX 6800 XT Legion graphics cards. The overall design of the RX 6800 XT and RX 6900 XT Legion Edition is a rectangular shape and if you didn't notice, they look eerily similar to the Radeon VII, AMD's ultra-premium VEGA 20 GPU.

The triple-fan cooler design, as well as the rectangular shroud, are the major similarities between the reference AMD and the Legion Radeon RX 6900 XT graphics cards. One small detail that you wouldn't notice at first glance is the "R" logo in a cube in the bottom corner. That is also a design feature of the Radeon VII. The major difference is that Lenovo has opted to add RGB lighting for the lettering on the card. The shroud features a nice black color scheme which can also be seen on the backplate. The backplate has been modified to feature the Legion brand's logo. 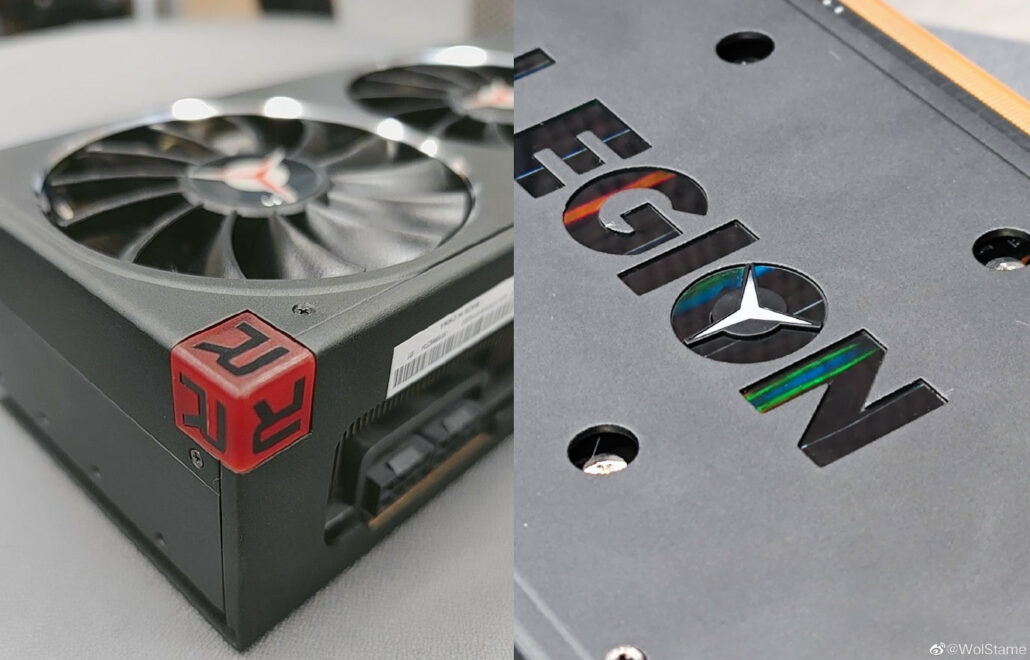 Both the Lenovo Radeon RX 6900 XT & Radeon RX 6800 XT Legion are powered by two 8-pin connectors and the max TDP is 300W. Both cards do look to be slightly larger than the reference design and take up 3-slots worth of space. We don't know the exact clock speeds but Lenovo might just go with a small factory overclock considering the custom PCB design and the massive cooling solution onboard the Legion series cards. They both do feature 16GB of GDDR6 memory & 128 MB of Infinity Cache. 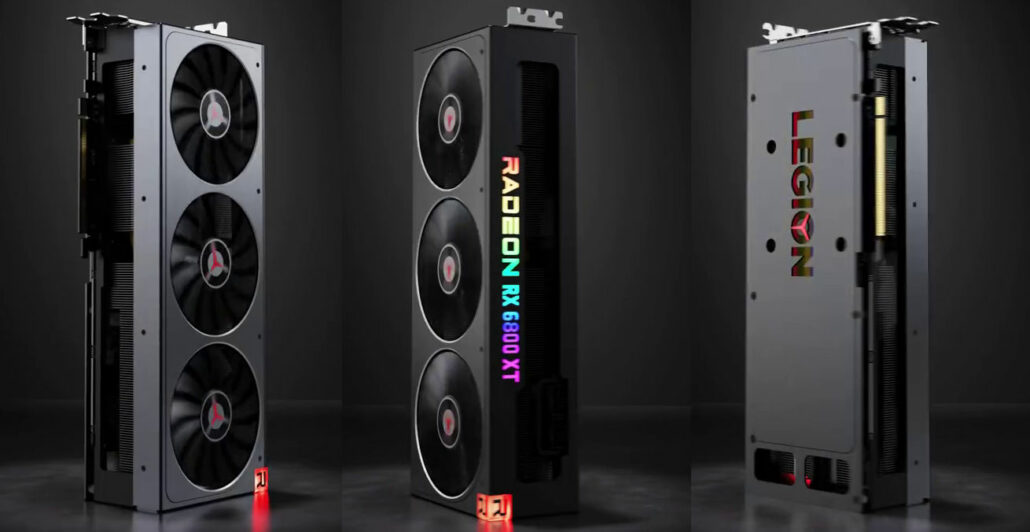 It's currently unknown whether Lenovo themselves manufacture the Radeon RX 6900 XT & Radeon RX 6800 XT Legion Edition graphics cards or if they outsource to a third party. These cards look to be exclusive to the Savior Blade 7000P gaming desktops. The pairing in the 7000P systems with the Ryzen 5000 series processors will allow the system to take advantage of Smart Access Memory. The announcement of the card and desktop PC indicates that this beast of a card will most likely end up being a China-exclusive product.