A new leak of Lenovo has surfaced which shows that the company will be releasing a new tablet device by July. Known as the ThinkPad tablet, The device will be Lenovo's first to feature a Tegra 2 Core and will run on Android 3.0 (Honeycomb). The device will be aimed towards consumes and business users with a price around 499$.

June also means that there could be an official announcement of the tablet device on this years Computex Event in Taiwan. 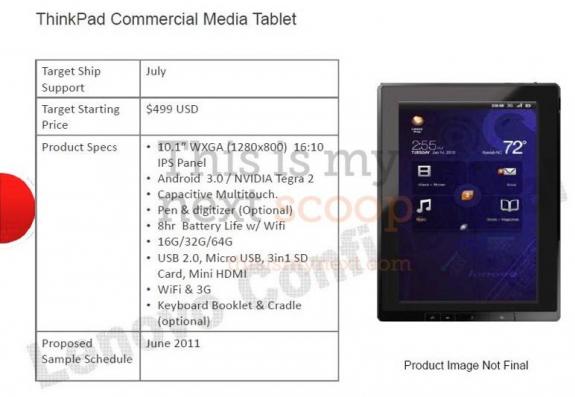 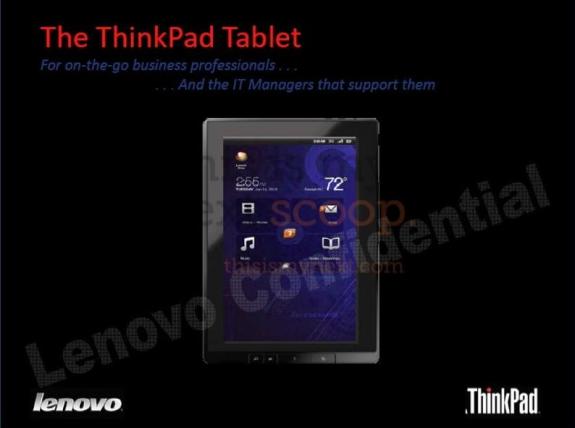 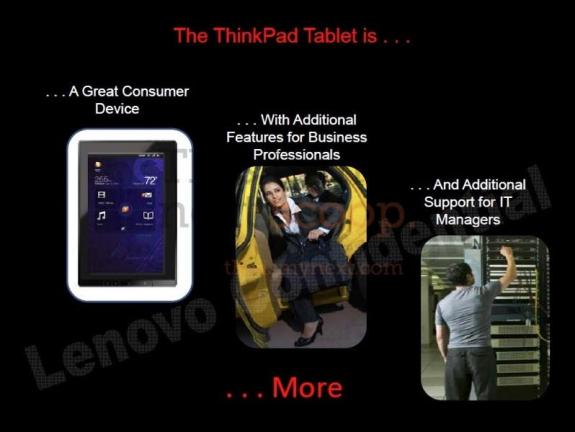