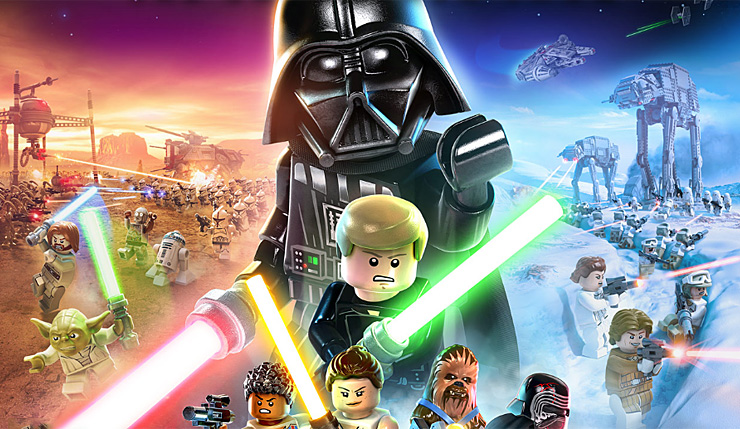 Lego Star Wars: The Skywalker Saga will be the biggest Lego game to date when it finally arrives, but the journey to release hasn’t been without its setbacks. The game finally received a release date earlier this year, but considering how many delays it's suffered, many have been taking an “I’ll believe it when I’m playing it” approach. Well, it seems like The Skywalker Saga will be sticking to its release date, because the game has already gone gold!

#LEGOStarWarsGame has gone gold - cue the Throne Room Theme! Huge congratulations to the team for the galactic work they've put into the game.

Fun fact: When a game is gold it means it's ready to ship! pic.twitter.com/SdUUWLaJvZ

The galaxy is yours with Lego Star Wars: The Skywalker Saga! Play through all nine Star Wars saga films in a brand-new Lego video game unlike any other. Experience fun-filled adventures, whimsical humor, and the freedom to fully immerse yourself in the Star Wars universe like never before.

For the first time ever in a Lego video game, explore the galaxy your way as you fly to some of the saga's most legendary locales. You can start your journey with Star Wars: The Phantom Menace for some podracing on Tatooine. Or choose to launch right into Rey's adventures in Star Wars: The Rise of Skywalker. Players have the freedom to seamlessly travel to any planet, in any order, at any time.