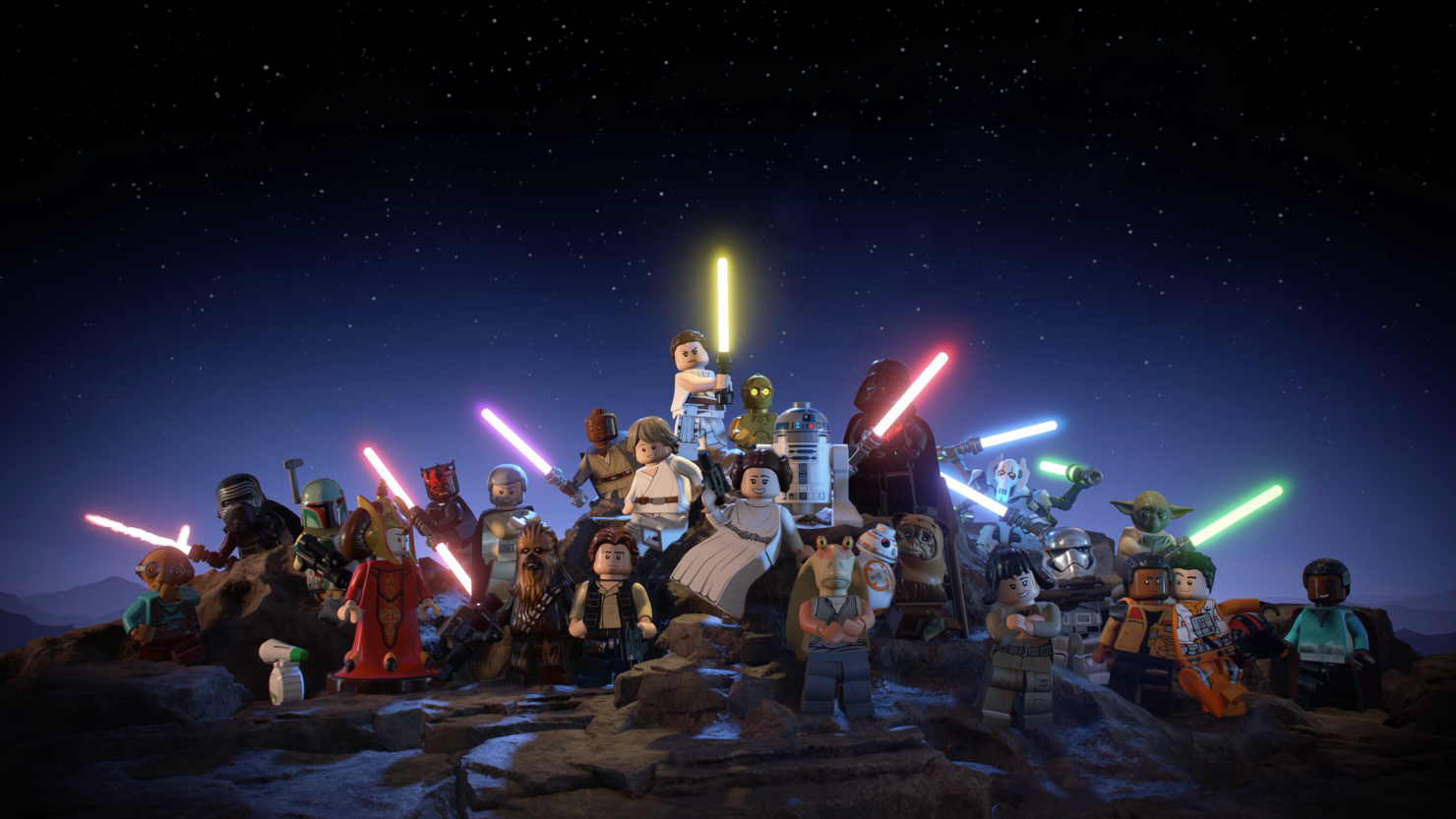 LEGO Star Wars: The Skywalker Aga has been confirmed to launch on PC and consoles on April 5 according to publisher Warner Bros. Games. To celebrate the announcement, TT Games and WB Games have released a new game overview trailer that shows off the game's new combat mechanics.

LEGO Star Wars: The Skywalker Saga's latest trailer shows off new combat mechanics, a wide range of characters and character classes, and a vast galaxy to explore. Much like other LEGO entries, the story will be told in a more humorous fashion and retell the story found in all 9 films in the Skywalker Saga.

In fact, LEGO Star Wars: Skywalker Saga will feature a Mumble Mode. Just to keep with the trademark humor brought with the LEGO games, Mumble Mode replaces all the voices with mumbles. An option that classic LEGO Star Wars fans will be happy to be able to toggle.

Players can traverse space using the galaxy map on their holoprojector to chart their course through the saga, progressively unlocking planets to explore along the way. During space travel, players may engage in heroic dog fights against enemy ships, piloting legendary vehicles like the Millennium Falcon, Imperial TIE fighters, Rebel X-wings, and many more.

The game will allow players to play iconic characters like Leia, Yoda, Boba Fett, Darth Maul, and over three hundred more unlockable characters from across all nine films in free play mode to create fun, new adventures. From the idyllic grassy hills of Naboo to the desert dunes of Jakku, the LEGO Star Wars galaxy is available to discover and play in.

The game is currently available for pre-order and will be available on April 5 on PlayStation 5, PlayStation 4, Xbox Series X|S, Xbox One, Nintendo Switch, and PC (Steam). Pre-ordering the game will give you access to the Trooper Character Pack on launch day. The pack will be available one more after launch. The physical version of the Deluxe Edition will include an exclusive LEGO Star Wars Minifigure.