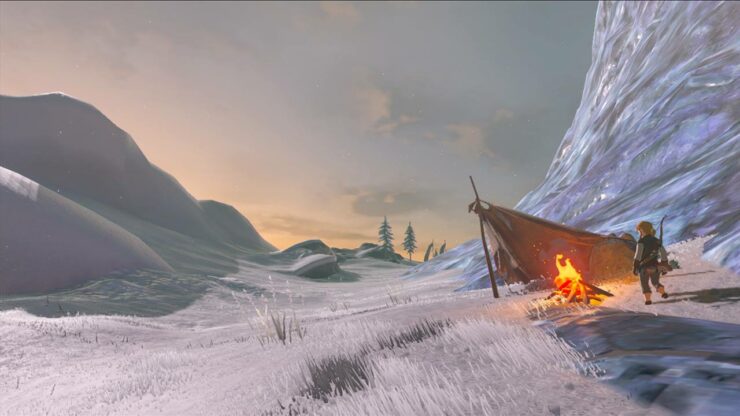 Last week, Nintendo promised on the Zelda series Official Facebook page that a constant flow of new The Legend of Zelda Breath of the Wild screenshots would be coming until the release of the game. Keeping its promise, the Japanese publisher shared a brand new screenshot of its highly anticipated new game.

The new The Legend of Zelda Breath of the Wild screenshot, which can be found below, showcases a snowy landscape which has been showcased before in several occasions. The screenshot doesn't look too good due to Facebook compression, so we shouldn't consider its quality as representative of the game's actual graphics.

Last week, Nintendo launched a new The Legend of Zelda Holiday website, which also included short new footage of The Legend of Zelda Breath of the Wild showcasing snowboarding. Plenty of other footage emerged in the past few days, such as the new trailer and Let's Play video that have been released shortly after The Game Awards.

The Legend Of Zelda Breath of the Wild will release on a yet to be confirmed 2017 date on Wii U and Switch in all regions. Rumors from the past few weeks suggest that the game will release in June in all regions but without Nintendo’s confirmation, we must take it with a pinch of salt. With the Switch Presentation 2017 coming up in a few weeks, it won't take much longer to learn if the next entry in the Zelda series will be among the console's launch titles this March.