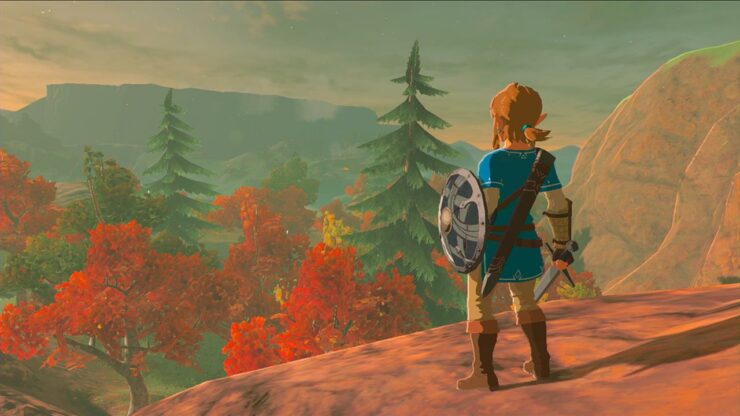 The Legend Of Zelda Breath Of The Wild, the latest entry in the successful series developed by Nintendo, has yet to receive a final release date in all regions, but it seems like Nintendo is done being all mysterious about their massive upcoming game, judging from what has been announced by the Zelda series Official Facebook page.

According to The Legend Of Zelda Facebook page, more The Legend Of Zelda Breath Of The Wild screenshots will be released constantly up until the game's release, allowing fans of the upcoming game to get acquainted with the Hyrule they will be exploring next year. The first new screenshot has also been released, and you can check it out below.

Earlier this month, Nintendo took advantage of The Game Awards to show more of The Legend Of Zelda Breath Of The Wild in action with a new trailer and Let's Play video featuring plenty of exploration, combat and more.

The Legend Of Zelda Breath of the Wild launches on a yet to be confirmed 2017 release date on Wii U and Switch in all regions. According to rumors circulating online, the new Zelda game should be released in June in both North America and Europe. This release window has yet to be confirmed officially, so we must take it with a grain of salt until an official confirmation comes in. With Nintendo holding a presentation next month, it won't take long to know if Breath of the Wild will be among the Switch's launch titles.