It was previously reported that Apple will launch four iPhone 14 models this year. Moreover, we have also heard that Apple will not release another 'mini' iPhone and instead opt for a bigger 6.7-inch iPhone 14 Max. The latest leak corroborates past reports and showcases four panels for the entire iPhone 14 lineup (via 9to5Mac). The leaked iPhone 14 panels appeared online on the Chinese social media platform Weibo and were shared by @SaranByte on Twitter. 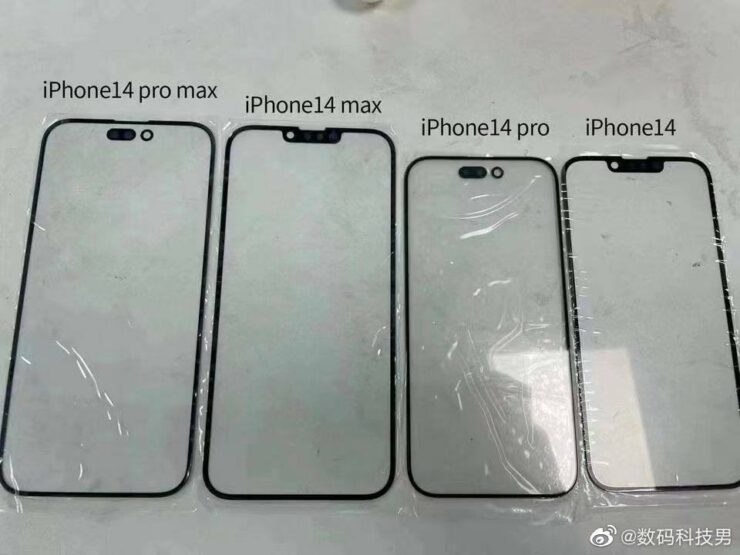 The leaked iPhone 14 panels line up with past rumors and reports, suggesting that Apple will go for a dual-cutout approach with the upcoming 'Pro' models. However, the authenticity of the leaked panels is unclear at this point since the final word rests with Apple. We will keep you guys updated on the latest, so be sure to stick around for more details.

This is all there is to it, folks. Do you think the pill-shaped and circular cutouts are a little too prominent? Let us know your thoughts in the comments.