AMD has just confirmed that their 3rd Generation Ryzen desktop processors based on the Zen 2 core architecture are launching in mid 2019. The latest processors will be compatible with the existing socket AM4 platform but will also get a new family of motherboards based around the X570 PCH which were rumored a while ago.

The Zen 2 core architecture is built around the next-gen 7nm process node from TSMC which allows for higher power efficiency, faster clock speeds and the CPU architecture itself provides a huge big leap in IPC compared to Zen+, AMD's previous architecture for desktop processors. 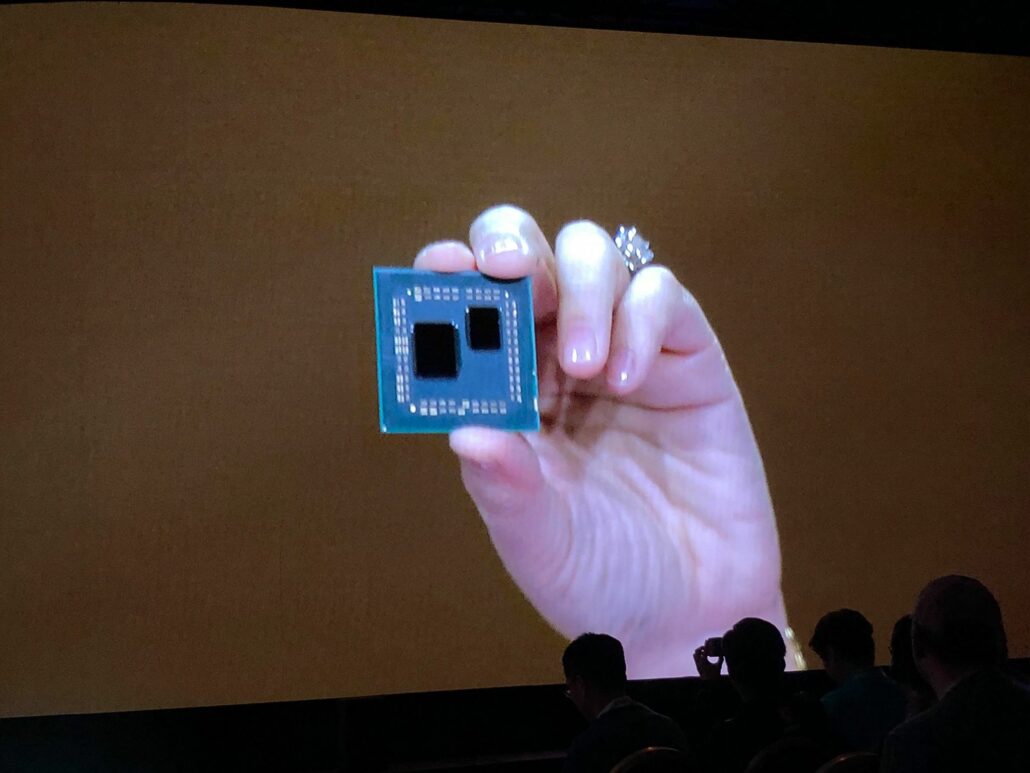 In the die design shown by Dr.Lisa Su, AMD showed a smaller 7nm die with 8 cores and 16 threads next to a larger 14nm based I/O die. This configuration is similar to the one we saw on the EPYC Rome processors and moves AMD to a Multi-Chip-Module package on mainstream consumer-end products too. Interestingly, AMD has space for one additional die which would suggest a higher core variant in the future or at launch.

The launch of the X570 chipset and respective motherboards is pitted for Computex 2018 which makes a lot of sense. As the biggest consumer PC hardware trade show, AMD may hold an event where they announce their new Ryzen 3000 series family. At the previous Computex event, AMD unveiled their Ryzen Threadripper 2000 series processors. This would also allow motherboard manufacturers to showcase their new X570 solutions to attendees of the event.