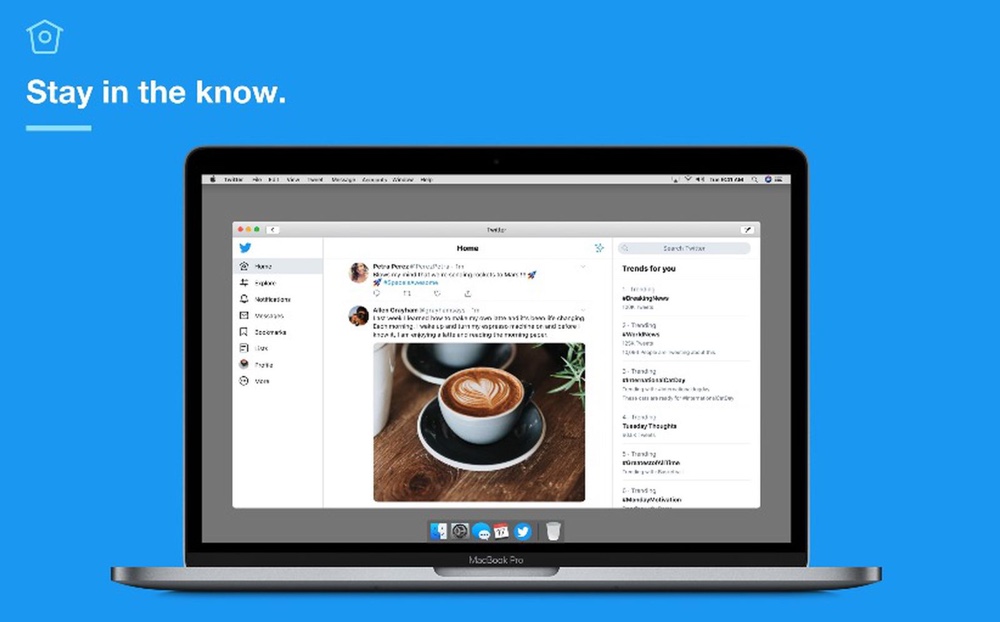 Twitter for Mac just got a small update and it adds a fan-favorite feature: live timeline streaming, negating the need to manually refresh.

The New 'Pin to Top' Toggle Switch in Twitter for Mac Enables Live Timeline Streaming, Keeping You Atop of Tweets

Six months ago, the Twitter for Mac made its dramatic return as a Catalyst app. With time, many bugs have been fixed, and today a new key feature is being added called 'Pin to Top.' Once enabled in the app, your tweets will come through as they are published, so you do not have to refresh your timeline manually. This feature, if you can recall, was a fan-favorite in the TweetDeck app and something which was a part of third-party Twitter clients too, but we all know how that story panned out.

What’s that new button in your timeline settings ✨ on Twitter for Mac? It’s a “Pin to top” toggle!

Turning it on will keep you at the top of your timeline and let the latest Tweets stream in –– no need to manually refresh your timeline.

Keep in mind that we are talking about real-time tweet updates here. Tweets will show up in the timeline as soon as the other person hits 'Tweet' from their end. It's not some manual refresh after a pre-set time. In other words, Twitter just made things extremely convenient for a lot of users. No more manual refreshing!

Compared to the OG Twitter for Mac app, the new Catalyst app, which is essentially a port of the iOS counterpart, hasn't went down well for a lot of people out there. Surprisingly, I find it quite functional but it can feel a bit smartphone-y in certain areas. Thankfully, Twitter is not a complicated social platform, so the current app is surprisingly functional on that end.

The latest update, dubbed version 8.17, can be downloaded immediately from the Mac App Store absolutely free. If you are downloading for the first time, you can head over to the link below and take the app for a spin.