Motorola and Google are all set to launch their first 5.9-inch phablet smartphone. Latest leaked shots of the device are based on the final demo product and reveal some interesting details. Apparently the device size seems to be very similar to that of iPhone 6 Plus and doesn't look too big. There are also indications that Google hasn't managed to get the license to use Nexus 6 name for the product. Which means it might after all be called Nexus X. Reportedly, the packaging may carry simply Nexus while the end product name gets licensed. 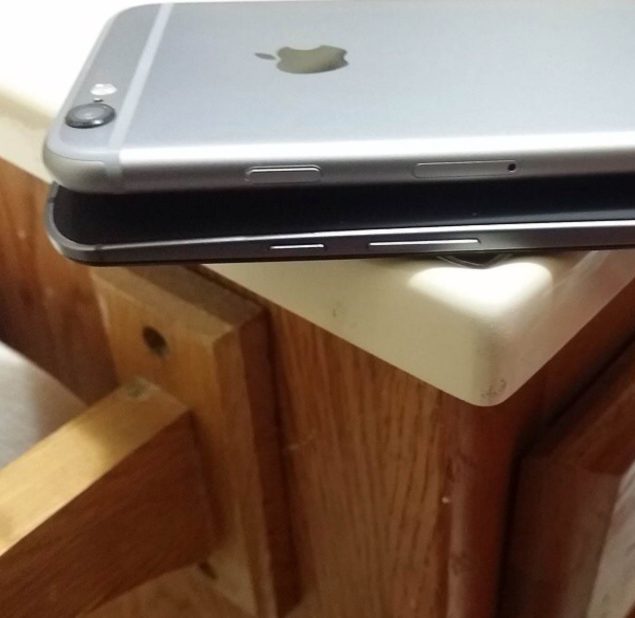 The leaked device doesn't carry the Moto logo which might be because the device is a demo unit. The device has been received by folks at tktechnews who confirm that the device looks similar to iPhone 6 Plus in size and smaller than the LG G3. Tktechnews also confirms about the earlier rumor that claimed the upcoming 5.9-inch Nexus device would look like the Moto X, "Basically its [sic] a blown up moto x."

According to sources. Google to this point in time hasn’t obtained Permission or a license to use the Nexus 6 name. And they could negotiate right up till launch. So much so that the retail packaging will have now mention of nexus x or nexus 6 just nexus. This is nothing new we’ve seen this before.
But it looks like Google may have to fall back to the Nexus X name if the nexus 6 licensing cannot go through. Stay tuned as this story is developing. Images are also inbound.

Detailed benchmarks, camera results, and if we are lucky, some video of upcoming Nexus is also expected to hit the interwebs tonight. As far as the basics go, we are looking at a Moto X sort of device carrying the Nexus X title, powered by the high-end specs, debuting Android 5.0 Lollipop. We will share with you more details as they come. For now you can check earlier posts and details on Motorola Nexus X (yes, we sort of got accustomed to the Nexus 6 title too):