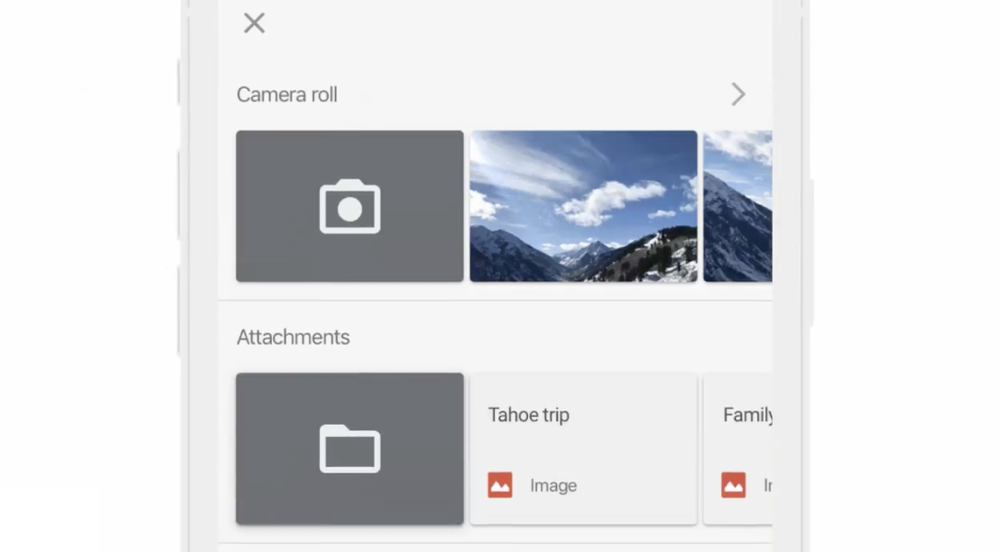 Great news, Gmail for iOS users. A new update for iPhone and iPad will let you add attachments to your email straight from the Files app.

The Gmail for iOS app has been around for a long time and if you are a man of culture then you probably use it to handle email on a daily basis. Admit it, the first-party Mail app is simply trash and there's a lot more which the official Gmail app offers.

Today, Google is giving you another reason to love the Gmail for iOS app - the ability to add attachments from the Files app. Just tap on the paper click icon while composing a new mail or replying to one, then tap on the Files icon, that's it. Choose whatever it is you want to attach in your email from here. Whether it's a Word document, a PDF, a sound file, anything.

Gmail iOS users ?: You can now upload attachments from the Files app when composing or replying to an email in #gmail → https://t.co/IP122v7Pzi pic.twitter.com/GlJHNXaM6J

Before you get all excited about the update, there is a small catch here. The new change is going to roll out to everyone over a period of fifteen days, so basically it is a staged rollout. So if you don't see the Files app support, don't blame yourself for it, simply blame Google's decision to roll the feature out that way. But hey, you asked for it, Google listened and it's only a matter of days till you get the feature on your iPhone and iPad, so hang in there tight.

There are a bunch of cool features which Gmail for iOS offers, and the app is absolutely free. If you haven't tried it already and make do with the Mail app then you are missing out on a lot of features. For example, there are smart replies so you don't have to type out an entire reply manually. There are a ton of other features too and you can experience them all by downloading the app from the link below.

You may also like to check out the following: