Earlier this week, Hideo Kojima made his departure from Konami official in a video where the famed game creator and designer announced that with his new independent game studio called Kojima Productions, he will work in collaboration with Sony on a new video game for PlayStation platform. Now as the Konami/Kojima reshuffle continues, it seems like the Japanese game giant has already started putting together a team to work on new Metal Gear Solid game that will, of course, be made outside the notorious artiste’s care. 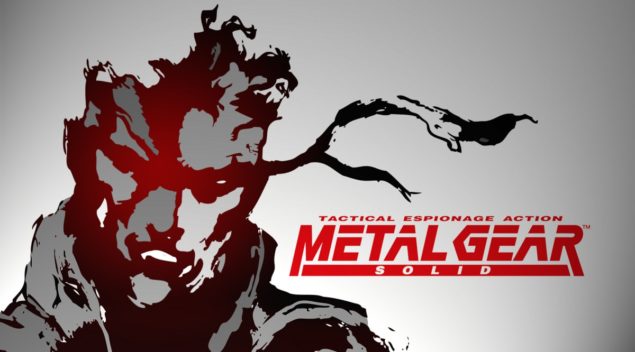 Hideo Kojima left Konami a few days ago in wake of a year-long breakup, but quite painfully, one of the world’s most renowned video game franchises that he created and shaped over the years during his three-decade long career at the company did not leave with him, and while he has already moved on, it seems like Konami, without sparing any time, has decided to start working on a brand new entry in the Metal Gear series. The company has posted a job listing, announcing that it is actively seeking professionals to help develop a new Metal Gear game.

As reports claimed back then, Konami was solidifying plans for new Metal Gear Solid games while Kojima was still part of the company, but the tension between the company and the game designer had already built up. The listing on the careers page of the Japanese giant’s website says that the company is seeking "a wide range of highly-skilled developmental professionals," those that boast "boundless imagination, and the capacity for exciting new ideas,” and "a strong passion toward game creation." The new staff will be responsible for the development work on “New Metal Gear.” 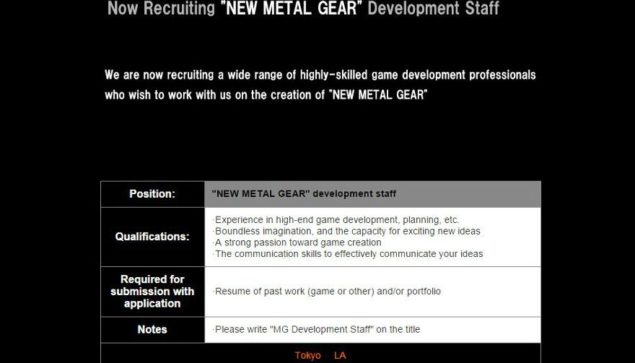 As mentioned above, Konami had already expressed confidence in continuance of Metal Gear Solid franchise without Kojima, presenting the successful partnership with Platinum Games on the development of Metal Gear Rising: Revengeance as an example. However, it is still very uncommon for a big developer/publisher to reveal what project it is working on before actually starting to put the marketing stunts in action. So, it is hard not to see how Konami is trying to take the spotlight away Kojima’s new Sony-funded studio.

Of course, except the listing itself, there is nothing else that speaks of this new Metal Gear game and what it will look like. But it is quite certain that many fans of the series will not be all that happy to see Konami developing/publishing a Metal Gear Solid game without series creator Kojima at the helm.