Konami Could be Working on a New Metal Gear Solid?

Kotaku has been able to translate a report from the printed edition of Nikkei that seems to indicate that Konami might be thinking about making another Metal Gear Solid sometime in the future. Details are obviously sparse at this point in time, though. 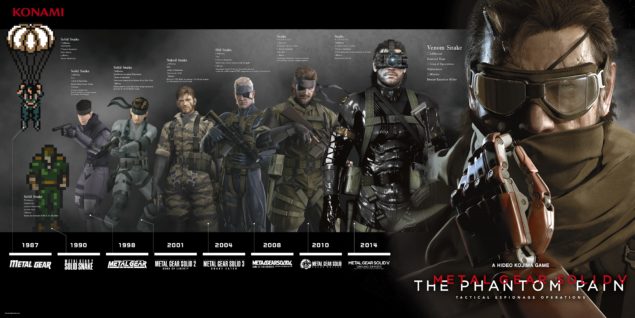 If, and that's a big assumption at the moment, there is in-fact going to be another Metal Gear Solid, then they'll need to raise adequate amounts of capital to make it a reality and to meet any expectations that fans would have based off of Metal Gear Solid V. That and this new would-be project might not have the Hideo Kojima helping to make it a reality. It seems that Kojima wasn't able to comment on the project, according to the Nikkei report.

“When we start development, a large-scale investment will become necessary,”

- Nikkei as translated by Kotaku

This report is surprising given the fact that Kojima himself, the creator of the series that began in 1987, has been excommunicated from Konami and his studio, Kojima Productions, has been closed down in the wake of his alienation. His influence is seen as the reason that the series has been so successful, so not having him on a project could potentially mean failure.

Of course everything is only preliminary at the moment and nothing is set in stone. But the mere fact that Konami is entertaining the potential for a new Metal Gear Solid is certainly interesting news. It might have more games in the franchise than most, and the story might be somewhat convoluted, but the action and interaction make for a great combination to play. The future is still uncertain, though now we at least know that Konami isn't just shoving all memories of Kojima (and console/PC development) out the door just yet. They've stated back in March that their interested in continuing the tactical espionage series, though nothing concrete ever materialized.