Hideo Kojima attended a 'Master Storyteller' panel at San Diego Comic-Con 2019, where he talked a bit about Death Stranding and related topics. To begin with, he unveiled the game's final box art for the Standard Edition as well as the Steelbook that will be included with the Special Edition (priced $69.99) and the Collector's Edition (priced $199.99, now out of stock pretty much everywhere). 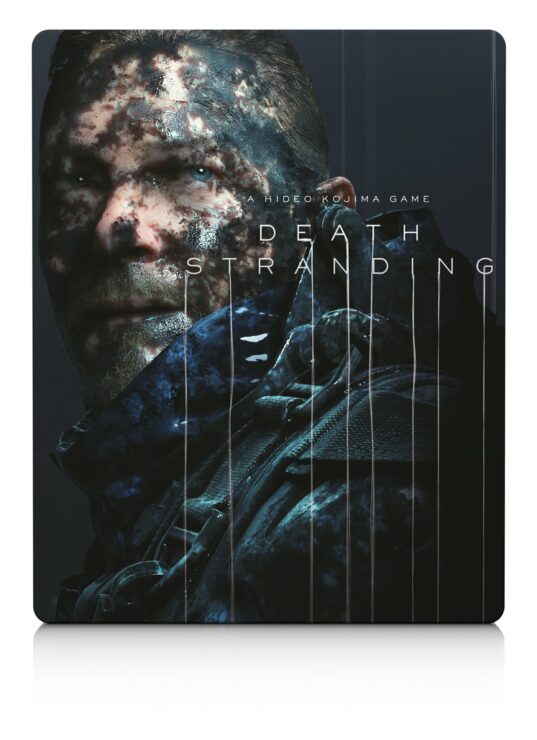 During the panel, Kojima revealed (via Kalai Chik) he picked Mads Mikkelsen over Keanu Reeves (now featured as a major character in Cyberpunk 2077, as revealed at E3 2019).

I originally was recommended Keanu Reeves but I wanted Mads.

Later, Kojima pointed out why Death Stranding is so different from other games.

There’s no reason to create something that’s already there. I want to create something that gives more inspiration to the world. Like Hollywood movies where some don’t live with you, people just digest and consume. What I do is make something that’s difficult to chow down when you digest my work. What happens when I release my game or when Nicolas releases a movie, we get criticism or praise. But you think about it ten years later, same as Bladerunner or 2001: Space Odyssey.

Nicolas is Winding Refn, the writer, director, and producer known for the recent Too Old to Die Young TV series (available on Amazon Prime, featuring Miles Teller). He makes a special guest appearance in Death Stranding as a character called Heartman.

Kojima even passingly mocked the Battle Royale trend, by the way.

When I first started Kojima Productions, the easiest thing for me to do would have been to make a game where everyone is on an island and shoots each other.

Death Stranding is out on November 8th, exclusively for PlayStation 4. However, the very first press release that announced the game years ago also mentioned PC and a recent rumor indicates PC will indeed get Death Stranding at a later date.

Death Stranding May Be Coming to Xbox Game Pass PC