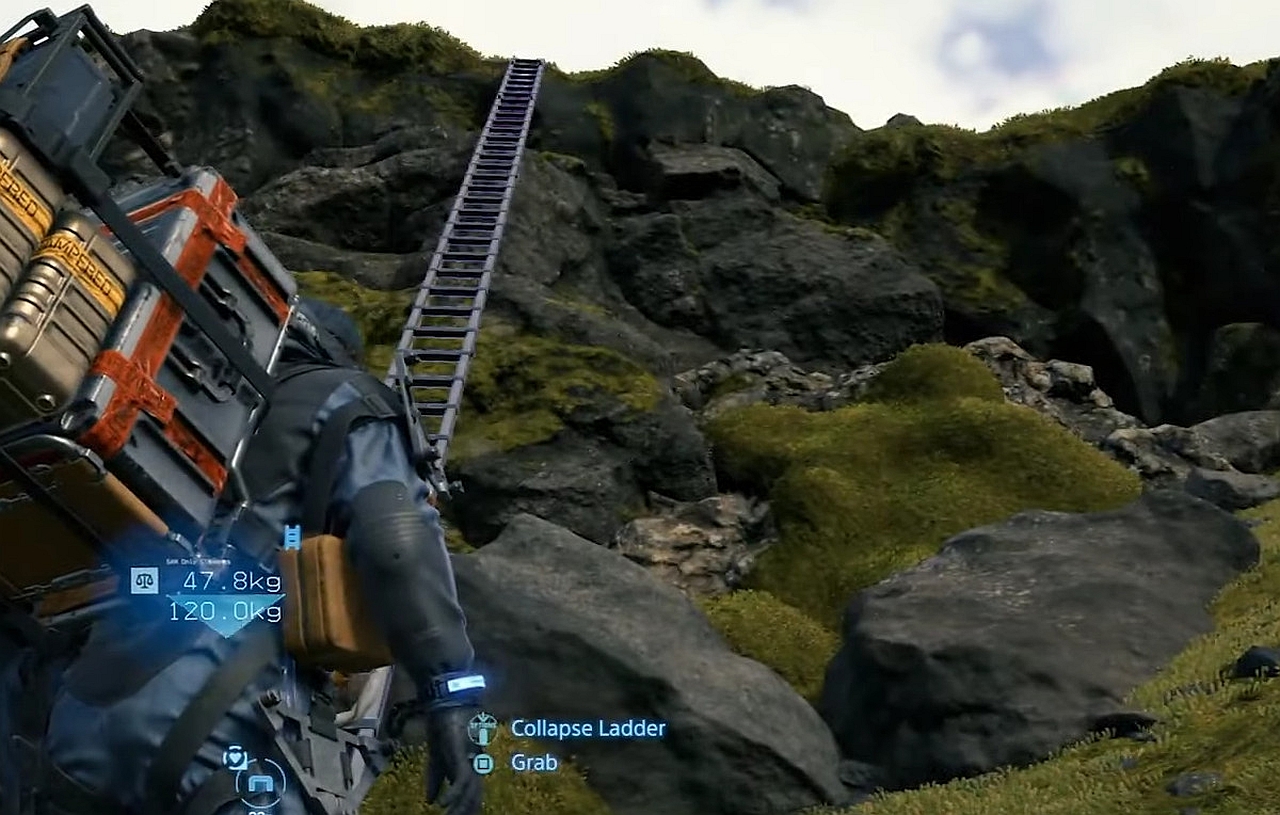 We learned quite a bit more about Death Stranding thanks to the latest gameplay demonstrations from last week's Tokyo Game Show, including how the asynchronous online cooperation elements will work. Some Death Stranding fans have been concerned though about any potential for griefing.

Speaking to Gamespot in an interview from TGS 2019, Hideo Kojima said he is not concerned that players will be intentionally evil to each other in Death Stranding.

It might not be intentional. We do a lot of playtests in the office. So sometimes there's a bridge that crosses a deep river, and people feel grateful, but it only goes to the middle of the river. Of course you don't give that bridge a thumbs up, but it probably wasn't intentional. I pretty much feel that there won't be much intentional evil. I want people to think about that as well if they fall [off that bridge]..."I won't do that to someone." And you might make the same mistake.

Say there's a cliff and you go down a rope, but you need to go down further, but you can only reach a certain point. So maybe then I see your rope and your footprints and I felt really thankful for it. But if I go down, I might see that it doesn't go all the way and think about the reasons you did that. The best thing would be to put a second rope so other people don't fall in the trap. When I check people playing Death Stranding, a lot of people only play for themselves, and they just use it. And others, these people change the way they think when they place the ladder, and think of a different perspective: what if I put the ladder here, will it be useful? It's interesting to see this, and especially [in] the footprints. You might get lost and your footprints will scatter around, but when you find the footprints of others you might feel very happy at first. But you don't know if that's correct and you just follow it and it goes off a cliff, you know this person was probably lost too. So when you think about that you want your footprints to be accurate or correct.

In Death Stranding, when you follow someone's footprints, and then a person comes for a third time [to follow the footprints], the wilderness that was there will turn into a small path. People have a natural intention to follow the path, so it really depends on who you are playing with indirectly. The path might already be there if people are already follow it over and over again.

Death Stranding is out November 8th on PlayStation 4.