Kioxia Corporation, an industry-leader in-memory solution, has announced that it has successfully developed its fifth-generation BiCS FLASH three-dimensional (3D) flash memory with a 112-layer vertically stacked structure. Kioxia has plans to start shipping samples of the new device, which has a 64 gigabyte (512 gigabits) capacity with 3-bit-per-cell (or TLC) technology for specific applications in the first quarter of this year.

Kioxia Corporation has announced they have developed the fifth-generation of BiCS Flash 3D memory, which utilizes a 112-layer vertically stacked structure.

This new device aims to fulfill an ever-growing bit demands for a wide variety of applications this includes traditional mobile devices, consumer and enterprise SSDs, emerging applications enabled by the new 5G networks, artificial intelligence and autonomous vehicles. Kioxia is planning to apply this newer generation (the Fifth Generation ) of process technology to larger devices like a 1 Terabit, or 128 Gigabit, and 1.33 Terabit 4-bit-per-cell (or quadruple-level cell, QLC) devices. 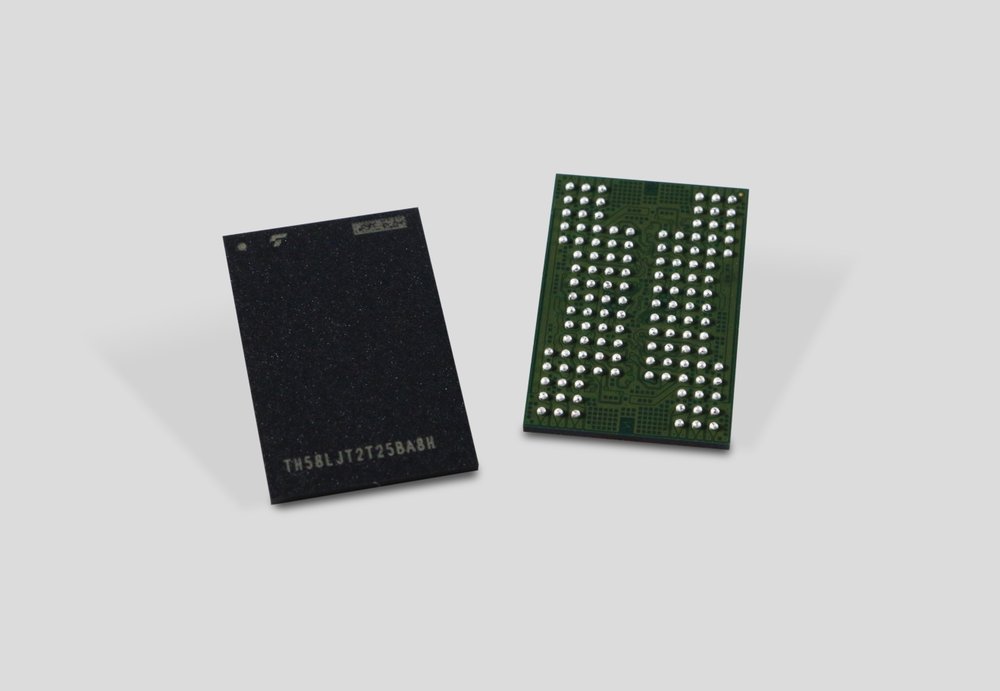 This generation of the BiCS Flash was developed jointly with technology and manufacturing partner Western Digital Corporation, and this generation will be manufactured at Kioxia's Yokkaichi Plant and the newly built Kitakami Plant.

Kioxia is a world leader in memory solutions, Kioxia has been dedicated to the development, production, and sale of flash memory and solid-state drives (SSDs). In 2017,  the predecessor to Kioxia, Toshiba Memory, was spun off from Toshiba Corporation, the company that invented NAND flash memory in 1987. Kioxia has been dedicated to uplifting the world with memory by offering products, services, and systems that create choices for customers and memory-based value for society. Kioxia's innovative 3D flash memory technology, BiCS Flash, a memory that Kioxia has been developing and promoting. This has led to BiCS Flash is shaping the future of storage in higher density application; this includes the ever-advancing smartphones, PCs, SSDs, and data centers.