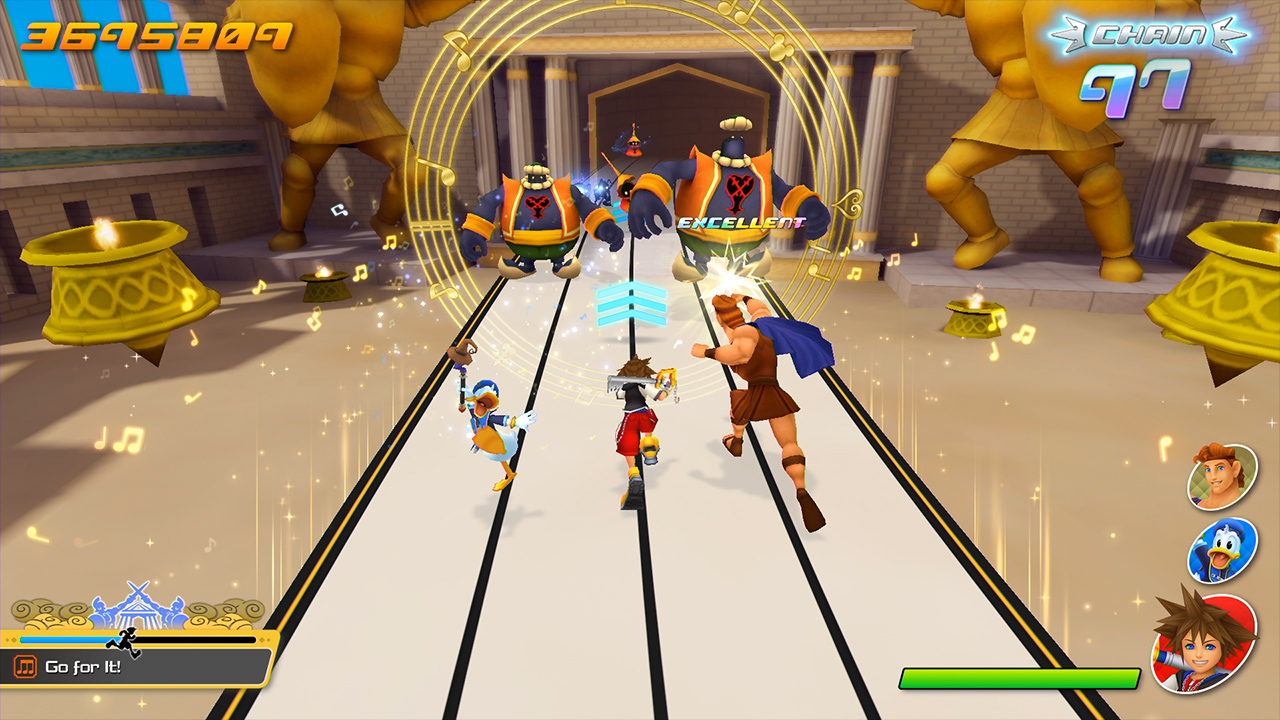 [Update] Together with the Kingdom Hearts: Melody of Memory announcement trailer, Square Enix released a Kingdom Hearts 2020 trailer which confirmed that we are currently in the series' second phase, and that two more titles will be part of this phase.

The game, which is releasing later this year on PlayStation 4, Xbox One, and Nintendo Switch, will be a rhythm game featuring songs from the entire series. The first trailer, which you can find below, reveals that the game is also going to feature a story with brand new cutscenes in the style of Kingdom Hearts III, so it seems like the series' story will be moved forward in preparation for the next main entry in the series, as it has always been for all Kingdom Hearts series spin-off games.

Kingdom Hearts: Melody of Memory has been revealed yesterday through a leaked logo that was discovered on the Kingdom Hearts: Dark Road official website, making some think that the game could be another mobile title. Instead, the game will mark the debut of the series on Nintendo Switch, as confirmed today.

Kingdom Hearts: Melody of Memory launches on PlayStation 4, Xbox One, and Nintendo Switch this year. We will let you know when a release date is announced as soon as possible, so stay tuned for all the latest news.