Kingdom Hearts III is promising to be a massive game, but it seems like it won't take that much storage space, at least on Xbox One.

A few minutes ago, it's been revealed through a listing on Microsoft's website spotted by ResetEra forums member Chaserjoey that Kingdom Hearts III on Xbox One is going to be around 35GB big, which is rather low, especially compared to the latest AAA titles. 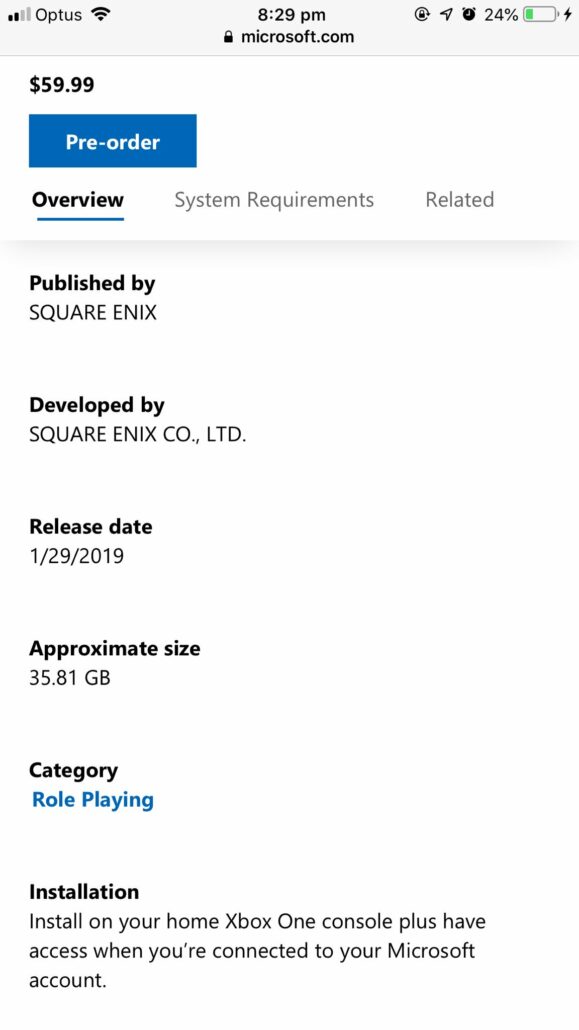 On a related note, Pixar recently commented on working with Square Enix on Kingdom Hearts III on the Winter 2018 issue of Disney Twenty Three magazine. The collaboration between the two parties went wonderfully, with Square Enix delivering Pixar's stories perfectly. Pixar was also involved at every stage, working with the Japanese developers on scripts, storyboards, scenes, and character design. According to Disney's Tasha Sounart, we have never seen Pixar like this.

I'm proud to unveil an extended version of the trailer that's been playing in NA cinemas. And guess what? We've wrapped up development of #KingdomHearts III!
If you haven't had the chance yet, now would be a good time to prep by playing 1.5+2.5 & 2.8. See you next month! - Nomura

Kingdom Hearts III launches next month on PlayStation 4 and Xbox One in all regions.