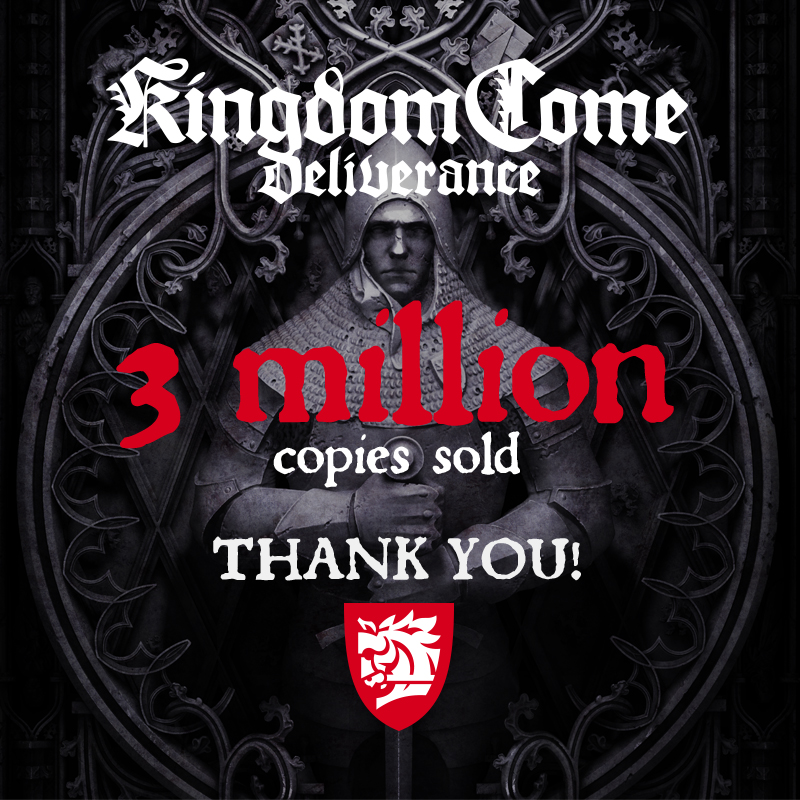 In celebration of selling over 3 million copies of its critically acclaimed medieval role-playing game Kingdom Come: Deliverance, Warhorse Studios is introducing a new corporate logo. The design represents the strong and dynamic qualities of the team, while remaining true to the origins of the company; the same counts for the combined glyphs “HO” in the word WARHORSE, inspired by medieval inscriptions.
Two years after release, the award winning RPG Kingdom Come: Deliverance has reached over 3 million units sold with an excess of 1.5 million DLCs sold across all platforms (PC/PlayStation 4/Xbox One). Warhorse Studios is celebrating this important milestone with an exclusive Steam Free Weekend from June 18 -22 to celebrate this milestone.

The press release also mentions that Warhorse is now 'starting to work on a new project', which suggests that the studio's next game (likely a Kingdom Come sequel given the aforementioned sales success, though we can't be certain as of yet) is still quite a way off its release. Meanwhile, though, Warhorse is expanding its headcount with the goal to reach 180 employees within the next year. You can take a look at the currently available job positions here.