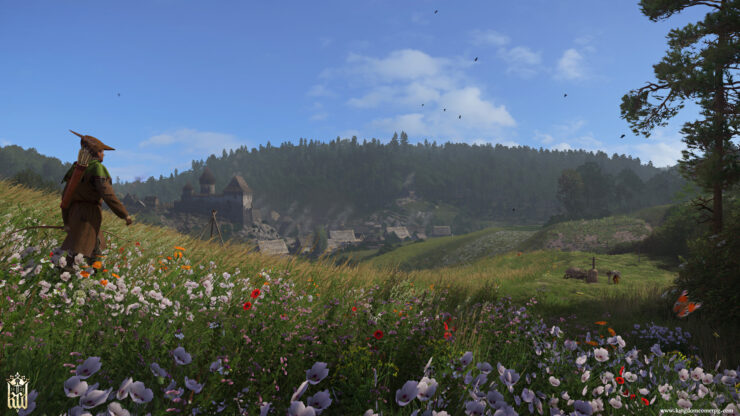 Warhorse Studios and Deep Silver announced that Kingdom Come: Deliverance has been delayed to February 13th, 2018, when it will launch simultaneously for PC, PlayStation 4 and Xbox One.

The game made with CryEngine was funded on Kickstarter in February 2014 with £1,106,371 in pledges, meaning that the release will be exactly four years after the campaign's end. A story-driven open world RPG set in medieval Bohemia, Kingdom Come: Deliverance won't feature any fantasy elements which is admittedly refreshing for an RPG these days.

The player assumes the role of Henry, the son of a blacksmith, whose peaceful life is shattered when during a mercenary raid, ordered by King Sigismund himself, his village is burnt to the ground. By bittersweet fortune, he is one of the few survivors of this massacre, after which he takes fate upon himself to help fight for the future of Bohemia, and is dragged into a bloody conflict of a raging civil war.

The folks at Warhorse also published the full system requirements on the game's Steam page, in case you're curious. We'll have more on the game from E3 2017; meanwhile, you can find our exclusive interview from Gamescom 2016 right here.