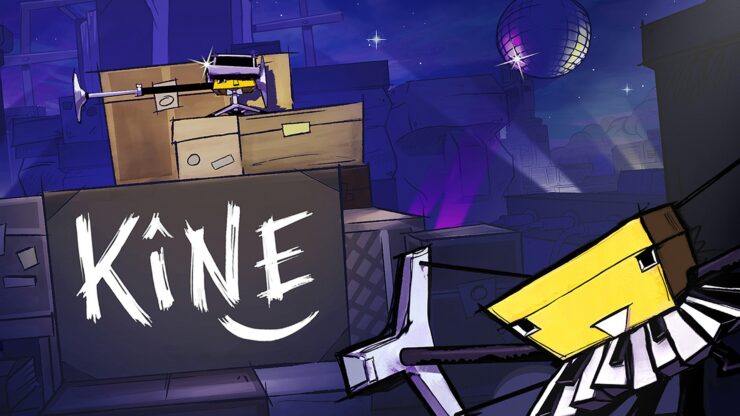 Kine, a gorgeous puzzle game made by a lone developer, recently launched on PC, PlayStation 4, Xbox One and Nintendo Switch. That lone developer is Gwen Frey, who previously worked on games like Marvel Heroes, BioShock Infinite and more recently The Flame in the Flood before attempting the passion project that turned out to be Kine.

Things turned out very well for her. In an interview with GamesIndustry, Frey explained how she managed to get Kine on the Google Stadia launch lineup. She also outlined the benefits of developing for the cloud-only platform as opposed to a traditional console, for example.

[...] as soon as I quit, a friend reached out because he was really concerned, asking if I was okay and if Molasses Flood was okay and if I needed a job, because they were hiring at Google. And I said that no, I quit to have fun, and I'm really obsessed with this project. He wanted to see it. I showed it to him and he encouraged me to consider, if I could do anything, if I could take this and make it what I wanted it to be, what would it be? And I pitched it to Google.

One of the things I didn't expect is what it's like to develop completely in the cloud. I'm working with a lead artist who helped me with the environments out in the UK. I can send him a build, he can see the game on his personal computer. I can't show him what Kine looks like on the Switch or the Xbox or the PS4, because I would have to ship him a devkit. I can't possibly ship everybody a devkit, devkits are expensive.

Whereas with Stadia, I send him a link. I make a build, it's online, you can see it in the cloud, and that matters. It matters if the people who are making the game can see what they're working on, on the platforms it's coming out on. That was an unexpected benefit for my team, because we are distributed.

Frey got herself in a perhaps unprecedented position when even Epic Games decided to back her up, as long as she made Kine a timed exclusive on their new store. Support from these two giants enabled her to make a better game in the end and, for some reason, she didn't even get the usual negative backlash that other developers had to endure for choosing EGS.

I was talking to them and saying, 'Don't tell anyone but I'm going to take [Kine] to Stadia.' 'Oh, you're getting funding? Did you know Epic is funding stuff too?' I'm like, 'Why would you do that?' 'Because we're about to launch a store in two days.' And he shows it to me and asks if I want to pitch this to Epic. Uh, yes?

And so then I was in a really weird, cool position where I had a choice. I had a game I loved that I really wanted to make, and a dream of up-rezzing the art and making it a little bit bigger than I thought it would be, and I had two offers on the table from people who wanted to help me do that. And one was Google Stadia, which is this crazy new streaming tech, and the other is the Epic Game Store.

I feel like I'm the only one, to a degree that's really weird. I replied to a Twitter thread at one point where somebody was like, 'Hey, Epic is only throwing money at big publishers, they're not helping out any indies.' And I said, 'Hey, I made this shitty little game, but Epic gave me money and because of that money I can do this,' and I showed what it looked like before and after. And a load of people jumped in and were like, 'No, it's fine when you do it. But fuck everyone else.'

But you have to keep in mind, I have a podcast where I talk about how difficult it is to find any visibility on Steam, and for the last many years I've talked about how to do stuff in Unreal Engine, and I am close friends with Epic, and I've never had a Kickstarter or anything like that. A lot [of people] have messaged me and asked if it was eventually coming to Steam, and when I said yeah, they said, 'Okay, I'll Wishlist it on Steam.' Nobody's mad. There is a large group of people that would just rather play it on Steam and wait. I know from other people there is this group of angry gamers attacking people, but for some reason they're just not after me.

Did you get Kine yet and if so, what are your thoughts? Check out the game's launch trailer below.