You know that place called Canada – yes, the same one where most of the Revenant was shot, getting Leo finally that Oscar he was going crazy for. Yes Leo, you have Canada to thank for your long-awaited award that no one on the planet is taking for granted. Anyway, the same Canada also produced a specimen of a man, Justin Trudeau. We all know how insanely awesome - and pretty and handsome - he is. Those of you who don’t, I’d assume for the next 5 minutes that you don’t exist. Sorry.

In the latest of his ongoing series of awesomeness, Trudeau proved to the entire world (yet again!) how amazingly clever and nerdy a leader could be. 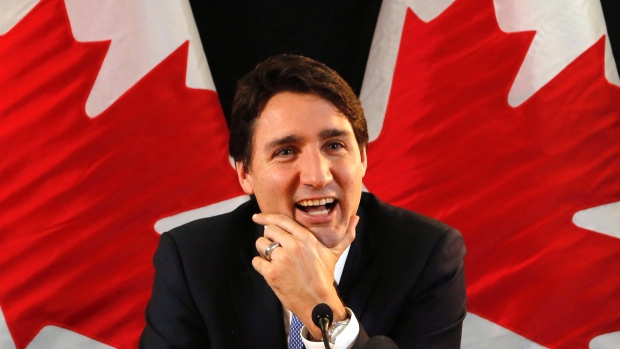 During a press conference at the Perimeter Institute for Theoretical Physics in Waterloo, Ontario, the Canadian Prime Minister said that the institute will receive $50 million from the country’s federal government over the next five years. When he invited questions from the press, an unassuming journalist asked in a seemingly amusing tone, "I was going to ask you to explain quantum computing but…,” and then the journalist moved on to some “serious” questions that he thought the Prime Minister would actually be able to answer.

"Normal computers work, either there’s power going through a wire or not, it’s 1 or a 0. They’re binary systems. What quantum systems allow for is much more complex information to be encoded into a single bit. A regular computer bit is either a one or zero, on or off; a quantum state could be much more complex than that because as we know things can be both particles and waves at the same time and the uncertainty around quantum states allows us to encode more information into a much smaller computer. That’s what’s exciting about quantum computing…" - Physicist Justin Trudeau

That’s what’s exciting about Justin Trudeau – having the ability to turn any situation to his favor and prove time and again that he is more than just a handsome, beautiful, pretty, adjective-filled face. Now, you could complain about the specifics of his explanation, but let me share the video here and you would stop thinking about anything else too. Sorry folks, Trudeau-charm is hard to ignore, much like quantum computing.