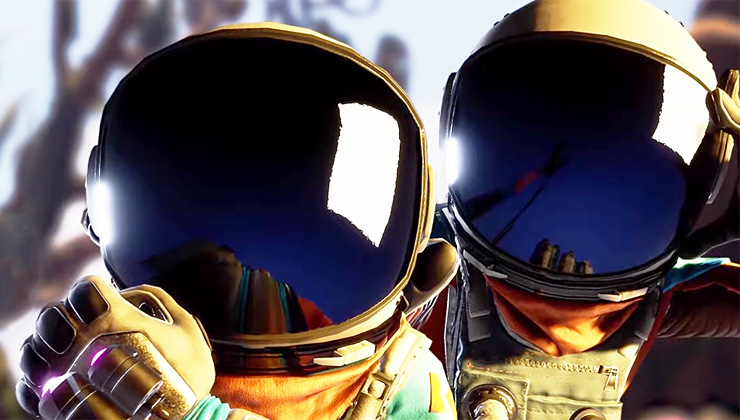 Journey to the Savage Planet, the ambitious new sci-fi survival/exploration game from various former Ubisoft and EA employees, has dropped a new trailer and release date. The trailer provides a fresh peek at some of the game’s strange locations and creatures, but the biggest reveal is that the game can be played co-op with a friend. Check out the trailer, below.

Haven’t been keeping up with Journey to the Savage Planet? Wccftech’s Kai Powell got to go hands-on with the game at E3, and found it to be an enjoyable romp...

Journey to the Savage Planet is already a proper contender for how I wish No Man’s Sky could’ve unraveled once you dropped into the atmosphere. Sure, Journey’s combat isn’t intended to be anything in depth or genre-defining, but it’s perfectly suitable for the game. If there’s an optional mode to just enjoy the game with your wits and resources instead of having that gun strapped into your right hand, I’m sure that I’d find Journey to the Savage Planet just as enjoyable.

Journey to the Savage Planet is an upbeat first-person adventure and exploration game set in a bright and colorful alien landscape. As an employee of Kindred Aerospace, which proudly touts its rating as the “4th Best Interstellar Exploration Company,” players are dropped onto the uncharted planet AR-Y 26, deep in a fictitious, far-away corner of the universe. Launched with high hopes but little equipment and no real plan, players are invited to explore, catalog alien flora and fauna and determine if this strange planet is fit for human habitation.

Pre-orders for Journey to the Savage Planet are now open. Those who reserve the game will get a couple of cosmetic goodies – the Martin Tweed digital bobblehead and Kindred Aerospace “4th Best” gun charm. You can also get a dynamic theme if you pre-order on PS4 or an exclusive wallpaper if you pre-order through the Epic Games Store. Savage Planet will set you back $30, although those who pre-order get a 10 percent discount.

Journey to the Savage Planet lands on PC, Xbox One, and PS4 on January 31, 2020. What do you think? Are you ready to blast off?