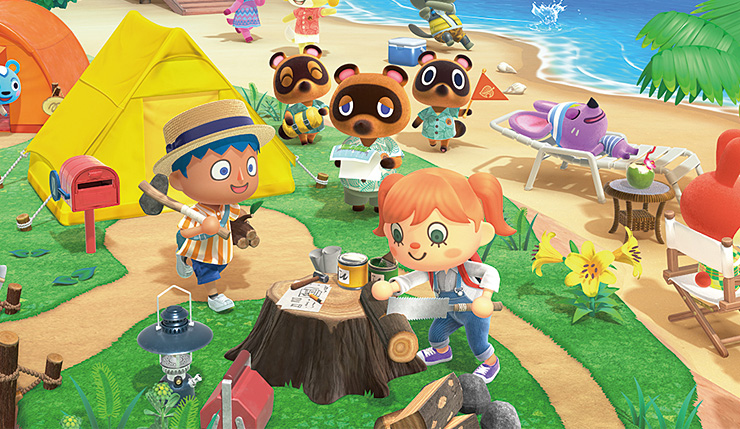 The new Animal Crossing is an absolute monster. As reported earlier this week, the freshly-released Switch title already become the fastest-selling single Switch game in the UK and physical sales there have surpassed that of all previous Animal Crossing games combined. The game is expected to be among the top three of fastest-selling Switch titles, which also includes Pokémon Sword & Shield and Super Smash Bros. Ultimate.

Not only is the game selling extremely well in the UK, New Horizons is an absolute monster in Japan as well. Both Japanese gaming outlet Famitsu and Media Crate (as posted by ResetEra user ‘Hiska’) are now reporting physical launch week sales that surpass 1.8 million copies, thereby making it the biggest Japanese launch game on the Switch to date. For reference, Pokémon Sword & Pokémon Shield sold around 1.3 million copies in its Japanese launch week, whereas Super Smash Bros. Ultimate sold 1.2 million copies.

That’s some impressive numbers right there for Nintendo’s latest major Switch game. Another interesting tidbit that can be discerned from the Japanese physical sales is that the game has greatly driven Nintendo Switch hardware sales up to the point that last week’s sales have surpassed that of the Switch’s launch week. According to Famitsu and Media Crate, 392.576 Nintendo Switch units were sold in Japan during New Horizons’ launch week, whereas Nintendo managed to sell approximately 330.000 Switch units during the platform’s launch in March of 2017.

The above mentioned numbers only include physical sales and digital downloads haven’t been included. Due to taken people staying indoors due to the COVID-19 outbreak, it is expected that digital sales will be higher than usual.