Jailbreaking community has been abuzz since past three weeks after the surprise release of evasi0n 7. A few hours back, Apple seeded iOS 7.1 Beta 3 to the developers. With every new software update, users get worried if Apple would have patched up the security holes that make the jailbreak possible. No such worries for the latest iOS 7.1 beta 3 OS update. You can jailbreak iOS 7.1 Beta 3 with an unofficial version of Evasi0n7.

To jailbreak iOS 7.1 beta 3, download the unofficial evasi0n from this link. Don't forget to backup your iDevice before proceeding. Also, note that this is not an official release so be cautious. 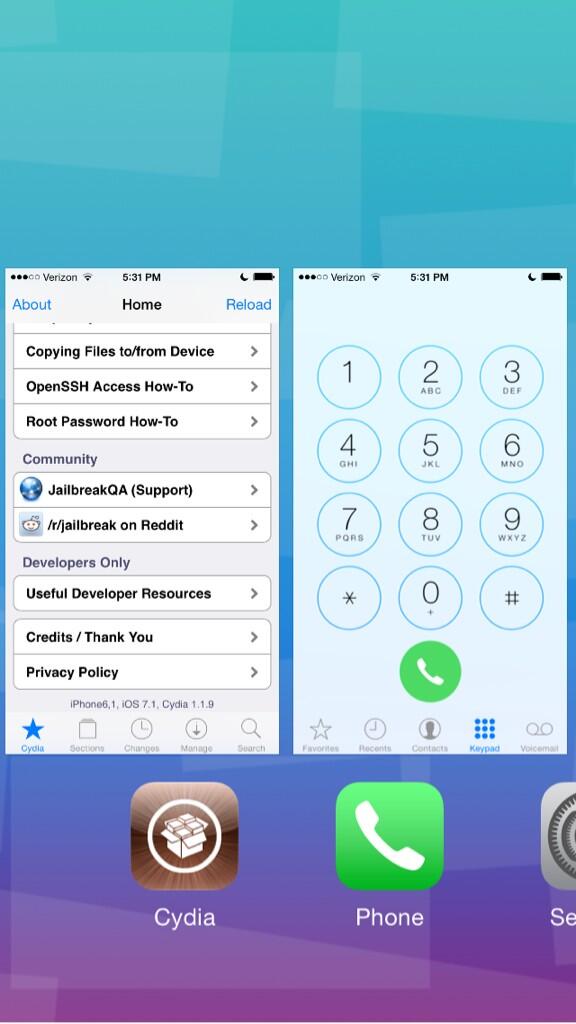 As shared with you, it is confirmed that Apple has not yet fixed the evasi0n 7 security exploits. This evasi0n 7 patch up package will work on your iOS 7.1 beta 3 powered devices. However, we don't recommend you to jailbreak through unofficial sources as we can never be sure about the update and support provided by unofficial sources.

That said, Apple will definitely patch these exploits up in next releases. So please to not update to this beta update if you aren't feeling too adventurous.