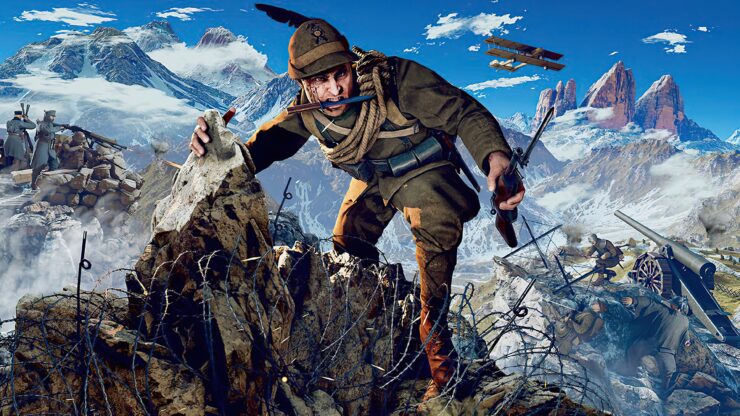 The Italian Front was the perfect opportunity for us to elevate the WW1 Game Series, both figuratively and literally. Alpine warfare in Isonzo brings lots of fresh game mechanics to the series, along with the all-new Italian army, facing off against Austria-Hungary.

The fighting takes place among the scenic peaks, rugged valleys and idyllic towns of northern Italy. The brand new Offensive game mode puts players right in the middle of key historical offensives on the Italian Front, from high-altitude combat in the Alps through to the ferocious battles for the Isonzo river.

No release date has been provided as of yet, but the game will launch on PC, PlayStation 4, PlayStation 5, Xbox One, and Xbox Series S|X. Check out the short Isonzo debut trailer below.