Most of you social media bugs have been amassed by the issue of receiving unnecessary phone calls and text messages in the middle of the night, ruining your beauty sleep. Well, a developer on the iOS platform has come up with a solution to get rid of the problem. Yes there’s an app for that. 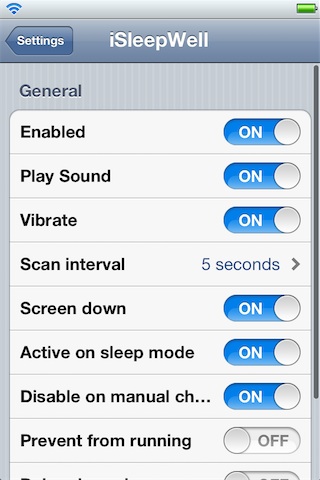 It’s not exactly an app but a jailbreak tweak. Hence you would have to jailbreak your iPhone inc ase you’d want to get rid of this unforeseen misery.

The tweak can be found in Cydia’s BigBoss repository by the name of iSleepWell. Apparently, it monitors your accelerometer to know when its placed face down, with the passage of a certain time, switches to Airplane mode itself.

This does sound like a good idea at first but a bit skeptical as well. Knowing that your phone is placed face down, you wouldn’t receive any calls or text messages. Hence one has to be then careful when placing their iPhones at random places, keeping in mind it will turn to Airplane mode after a certain time set by the user themselves.

So if you’re a light sleeper and plagued by such problems, this is for you.