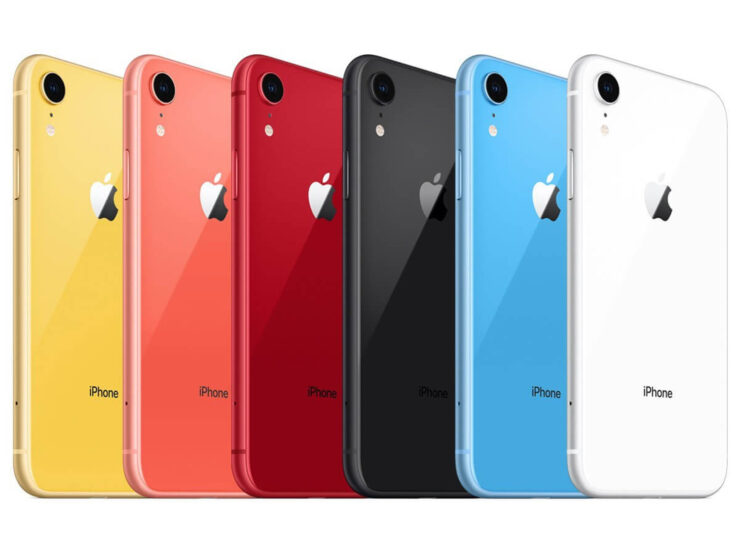 These shipping estimates, courtesy of research firm Omdia, show that iPhone XR managed to double its number of unit shipments from 2018. In 2018, iPhone XR sold an estimated number of 23.1 million units, while in 2019, it doubled to 46.3 million units. Despite the price cut in 2019, iPhone XR sells for $599, which is not the cheapest phone in the world. Yet it beats the likes of Samsung Galaxy A10, and A20, which are low-end smartphones and sell for less than $200. Even iPhone 11, which sells for $699, is number 2 on the list and beats Samsung's low-end smartphones.

It is interesting to see that in 2019, apart from Apple's iPhones, no other flagship smartphone made the top ten list. Samsung's Galaxy S9 and S9 Plus were in the top 10 in 2018, but the company's flagships have dropped out of the list in 2019.

Omdia shared the following statement on these numbers:

"Apple has consistently owned the first and second positions in the global smartphone model shipment ranking, with the company maintaining this dominant position for more than five years running," said Jusy Hong, smartphone research and analysis director at Omdia. "The company's continued dominance on this front is all the more remarkable when considering that Apple's price hikes caused overall iPhone shipments to decline last year. By limiting the number of models it offers compared to its top competitors, Apple has been able to concentrate its sales on a few smartphones that have broad appeal, like the ‌iPhone XR‌."

This is not the first time that iPhone XR's 2019 sales numbers have been put in focus. It outsold other smartphones in the United States in Q1 and Q2 2019. IHS Markit research also reported that iPhone XR was the top selling smartphone of 2019, selling 26.9 million units in just the first half of the year. It is due to these numbers that Apple priced iPhone 11 at a $50 lower price, to replicate iPhone XR's success.