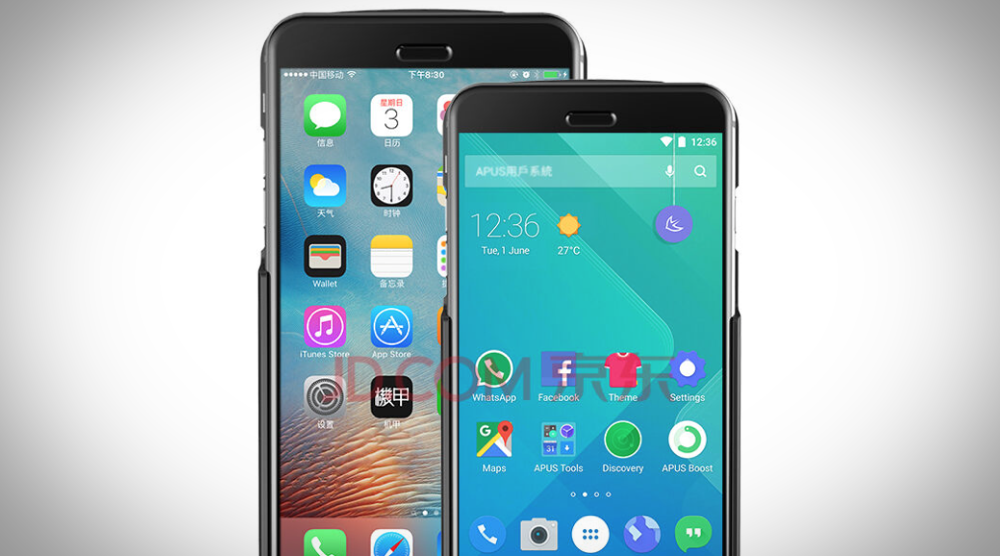 Remember the prototype case that lets a user run Android on an iPhone? Well, that was just a prototype to begin with. What we're featuring today is something which you can actually go ahead and buy.

Just like the 3D printed case we featured a while back, Mesuit works on the same principal as well. The case itself is a full-blown smartphone in its own right that connects to the iPhone via Lightning. Once that is out of the way, the user has to launch an app on the iPhone which brings Android into view. Virtualization is the right word to describe what's going on here. Therefore do not expect groundbreaking performance or anything.

The case packs in a MediaTek MT6753 processor, 2 gigs of RAM and 16 gigabytes of onboard storage which is more than adequate if you're asking us. And given its performance, as you can see from the video below, Mesuit is not going to end up winning any performance awards.

Apart from the case packing in a CPU, the case also has a built-in battery, giving your iPhone a significant boost in this department as well. The iPhone 6 / 6s model will bless you with 1,700 mAh of extra power, whereas the iPhone 6 Plus / 6s Plus model will give you 2,500 mAh of extra juice. So if you're not around using Android on your iPhone, you can at least charge up your smartphone in the meantime.

Lastly, the case has a slot for a nano SIM card. This means you can make or take calls from Android. But that's not all: you also get the luxury to use the iPhone SIM as well while in Android. Pretty slick if you're asking us.

Quite frankly, it's just a neat party trick to have under the belt - the ability to run Android on an iPhone. Nothing more, nothing less. Why, you may ask? That's because the case will set you back a total of 999 RMB for the iPhone 6 / 6s model, whereas the iPhone 6 Plus / 6s Plus model will cost you 1,099 RMB. That equates to around $150 - $160 in total. For that price you can just buy an Android smartphone itself.

You can buy the case by going over to JD.com. And remember, the price you're going to pay for this case is somewhat unjustified since you can get a full-blown Android smartphone itself in that range. But of course, the final buying decision rests solely with you.