Every iPhone camera released so far by Apple features some sort of upgrade over its predecessor. From larger pixels to more megapixels and the ability to shoot even slower slo-mo videos, the iPhone camera keeps on getting a jump with every single release. But what will the iPhone 7 bring to the table in the camera department when it's released? A concept aims to answer that, in the most bizarre and crazy way possible. 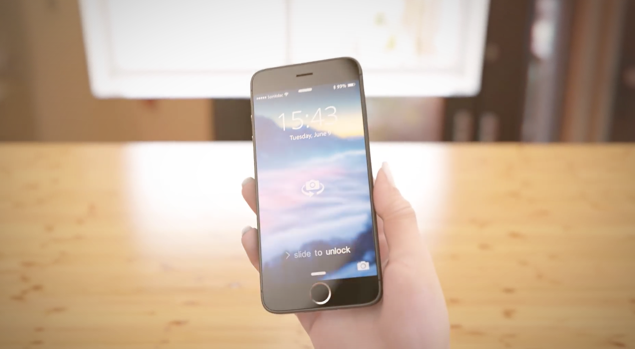 New iPhone 7 Camera Concept Is Pure Crazy, Probably Will Never Be A Reality

Before you even watch this concept spring into action, let me make it really very clear that this is something which Apple will never ever make, for obvious reasons. If you still can't figure out why I'm saying this, then take a look at the video down below.

The first few seconds of the video are absolutely stunning if you're asking us. After all, who doesn't want a smartphone that is smart enough to collapse in on itself and take a photo of you in the coolest possible way, right? Well, practically it's the most absurd thing ever, and something which only looks good on paper, or as a concept, like the one above. What if you accidentally drop the smartphone when it's in its collapsed form, ready to take a photo? We're pretty sure you get the jive here.

According to reports flying on the Web, the iPhone 7 is set to receive a dual camera setup, completely unlike what we are seeing above. It remains to be seen how Apple will make use of the dual camera system, with reports suggesting that the secondary camera might be utilized to assist in zooming into a photo without losing quality. Of course, that's what rumors are suggesting, and it remains to be revealed what Apple's plans are.

Apart from the dual camera system, reports suggest that the iPhone 7 will have a body more or less like the iPhone 6's, with the antenna lines finally making an exit, making room for an even more slicker profile. But personally speaking, I really wish the iPhone 7 brings back the 'Black & Slate' color option from the iPhone 5. It looks absolutely killer on a handset, and gives the iPhone a staggering personality.

Who knows though. It's quite possible that the forgotten color option will make a debut this year.