We've covered a boatload of iPhone 7 concepts recently, trying our best to give readers a glimpse of what Apple might end up unveiling at the end of this year. But today, we have stumbled upon what can only be described as the perfect shot at what the iPhone 7 might look like. Why? Because it's based on all the recent leaks and rumors. Come and have a look what's in store today. 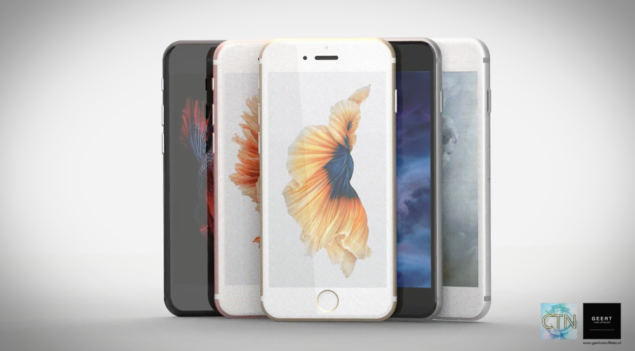 Put together by Geert van Uffelen, this iPhone 7 concept is the closest thing to the real deal which Apple might end up announcing at the end of this year. It features the rumored dual camera setup, topped off with things like a Smart Connector, sans headphone jack, missing antenna bands on the rear, as well as a set of stereo speakers at the bottom for a truly immersive content consuming experience.

What we absolutely love about this iPhone 7 concept is that it stays true to every leaked bit we've encountered in the past few weeks. It's absolutely well done, and looks stunning down to the very last detail.

While there are some things which are quite obviously hypothetical at this point, such as the "Deep Black" color option, but nonetheless, this particular concept bears all the hallmarks of an Apple-esque design.

Speaking of design, we're quite certain that Apple won't announce the iPhone 7 in the exact same image as the concept, but our gut feeling tells us things will be quite close. But not too close we hope.

If previous launch scales are anything to go by, then it's highly likely that the Cupertino giant will unveil the iPhone 7 in September, with the smartphone going on sale in October. But of course, there's a chance that Apple might end up shuffling its timescale this time just for the sake of creating excitement. But we might be wrong, since it's too early to speculate on anything at this point in time.

On a personal note, I really believe that it's time Apple moved away from the tried and tested smartphone design which we've become accustomed to, and give users something truly amazing in terms of features and innovation. Sure, we see the same bezel up top and bottom, but how about we see a truly edge to edge display as portrayed in a number of concepts?

Or maybe we're asking too much?