The weekend is over, and we have stumbled upon a new iPhone 7 concept, and this one takes the cake when it comes to the display it packs, and the usual other suspects in terms of features, such as the camera, design, whatnot. 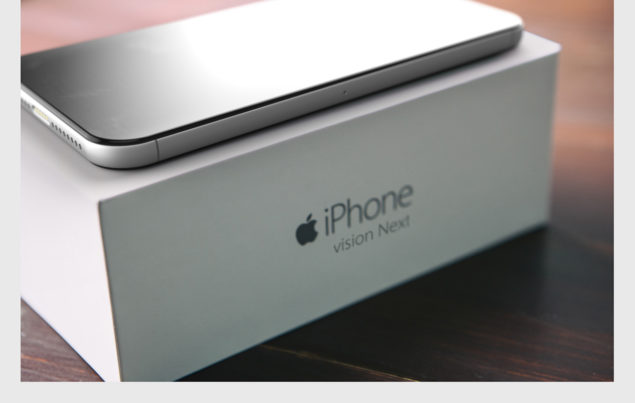 Created by Marek Weildlich, the iPhone 7 concept is striking in is a lot of ways. Let's start with the display itself, which is a truly edge to edge affair, which promises to take gaming and consuming content in general to the mighty next level. Dubbed as the 'Neverending' display, for obvious reasons, it features 'Multi-Touch Gesture' support, 'Software Home Button,' '3D Touch screen' and 'Tactus' technology, allowing the display to literally pop out.

On the camera front, the iPhone 7 features a 20.2-megapixel rear facing camera with a powerful Xenon flash. And of course, you also get the usual 4K video recording capabilities as well. On the front, you get an 8-megapixel FaceTime camera, capable of churning out video in 1080p, hence the perfect camera to boost your selfie game.

Rather than featuring the present Lightning connector, the designer went a mile forward and went with a MagSafe like option which he's describing as 'Lightning Next.' And while the cable and idea itself is absolutely brand new, the designer believes that this will be the one and only cable to fit every Apple device out there. Bold, we must say.

Enough of the talking bit, and let's dive right into the beautiful gallery of the iPhone 7 concept.

The concept is beautiful without a doubt and we hope Apple will come through which such a smartphone in the future, if not this year. Why not this year? Because all the leaks point towards a smartphone that looks and feels more or less like the current iPhone 6 / 6s, but with the missing antenna lines and some changes regarding the design.

The 'real deal' iPhone 7 will not feature a 3.5mm headphone jack, something which stirred quite a bit of uproar in the tech community, even forcing people to launch a petition from stopping the Cupertino giant from coming through with a smartphone that doesn't feature a headphone jack.

We're quite certain Apple's iPhone 7 will look quite different from the one that is featured above in concept form. But, it soothes us to see such brilliant design concepts, giving us hope that maybe one day Apple might launch a smartphone the public truly wants.