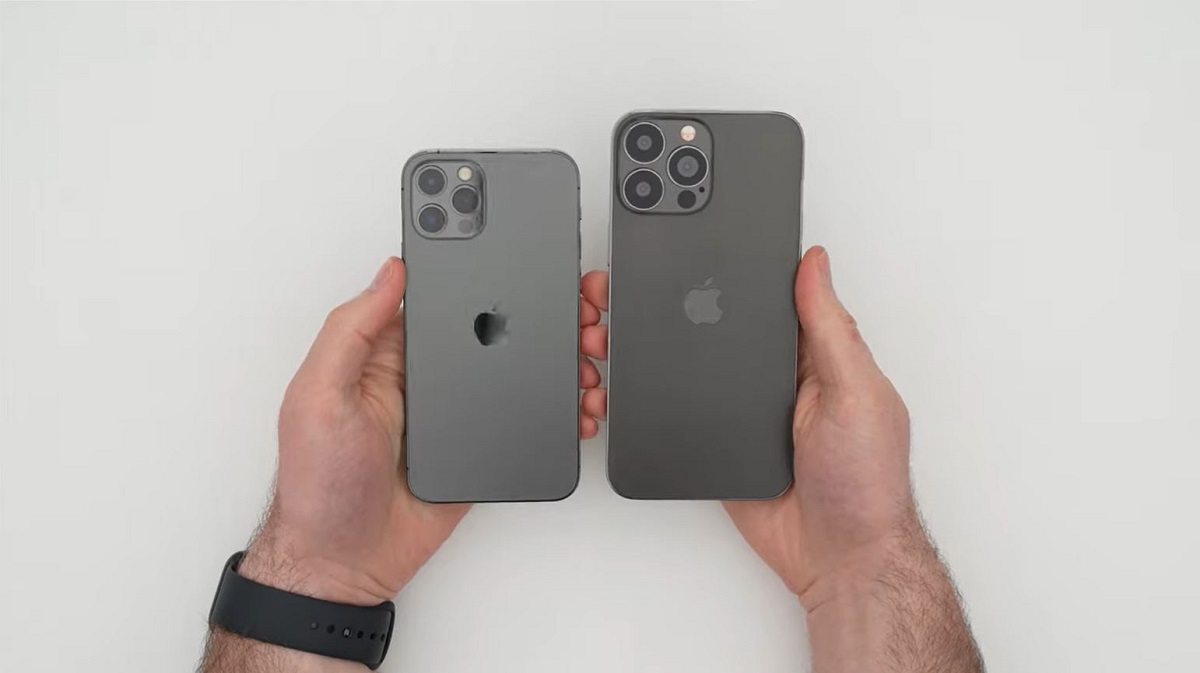 The iPhone 13 is set to arrive later this year with more or less the same design. However, we are surely expecting a smaller notch on the divide with the relocated ear speaker grill to save space, Now, a new video has emerged that appears to show the iPhone 13 Pro Max dummy unit with all of these expected changes. Such dummy units are based on leaked schematics and rumors flying about, so it will give us a pretty good idea of what we should see later this year.

The video was uploaded on YouTube by Unbox Therapy and the iPhone 13 Pro Max dummy units were sourced by none other than Ben Geskin. While the rest of the design language will stay more or less the same, the biggest change we are expecting this year is the smaller notch size. To be fair, the dummy unit of the iPhone 13 Pro Max gives us a pretty neat look at the change. To make the notch smaller, Apple is relocating the ear speaker on the very top of the device.

Apart from the smaller notch, we are also expecting Apple to offer a redesigned camera cutout with the iPhone 13 lineup. Ming-Chi Kuo has previously quoted that Apple's iPhone 13 Pro series will boast an upgraded ultra-wide-angle lens that goes from 5P to 6P. In addition, the aperture will go from f/2.4 to f.1.8 from fixed focus to autofocus. To accommodate the new additions, Apple will incorporate a larger camera lens as evident in the iPhone 13 Pro Max dummy unit. The larger sensor will overall improve picture quality. Furthermore, the devices will be slightly thicker and heavier than the current iPhone 12 series.

In terms of display, Kuo pointed out that Apple will use a 120Hz higher refresh rate LTPO panel. Past rumors have also coined that the iPhone 13 Pro series will be the first models to incorporate Touch ID under the display. This is all there is to it, for now, folks. You can check out the new iPhone 13 Pro Max dummy units in the video embedded above.