iPhone 12 Lineup’s Various 3D Models, Including 5.4-inch One, Get Their Display Sizes Compared With iPhone 11 in Latest Video 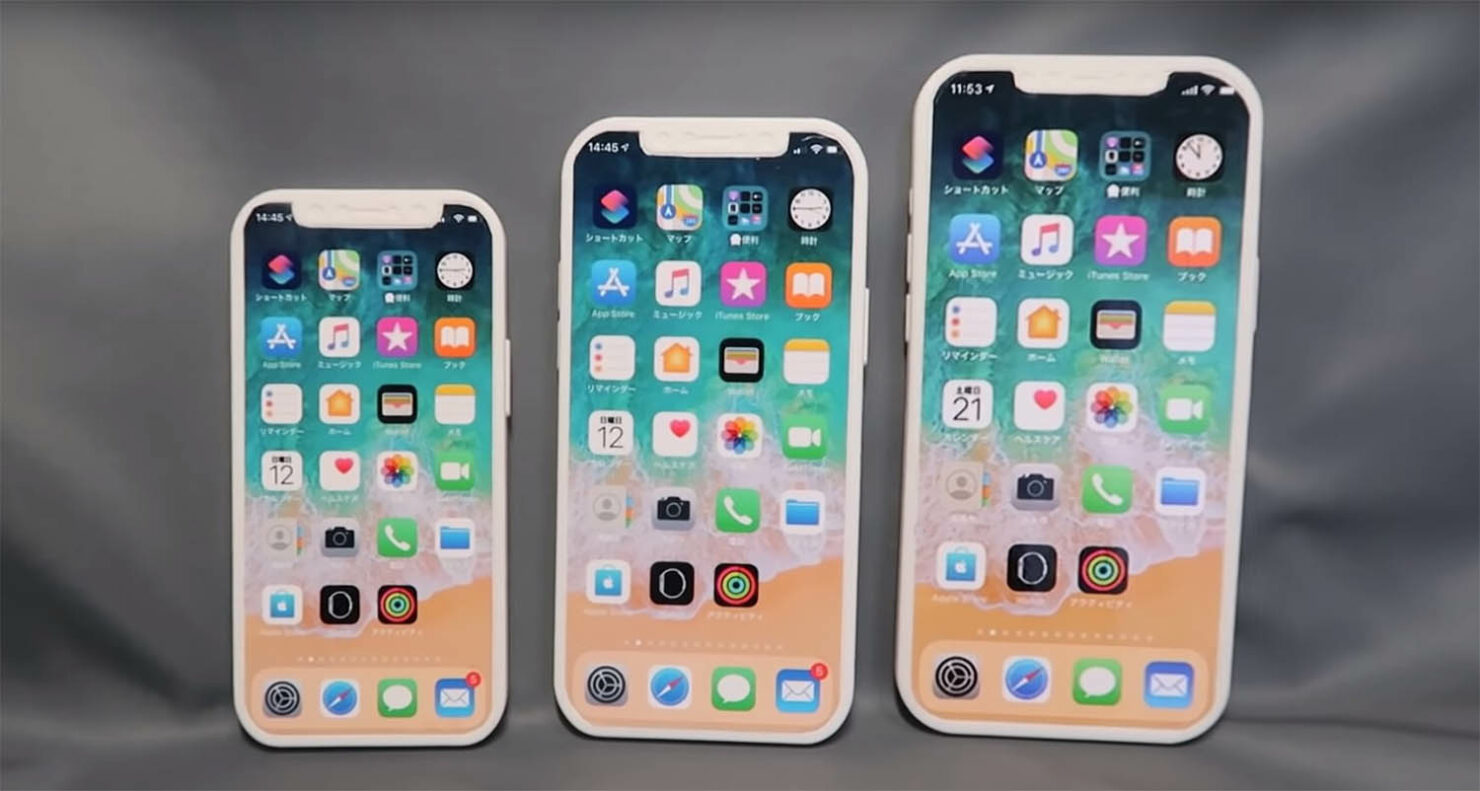 This year’s iPhones are expected to take design inspiration from the iPhone 4 which means squarer edges. While it’s too soon for real-life images to pop up on the internet, the Japanese website Mac Otakara recently obtained some 3D mockups of the upcoming handsets from Alibaba. In a video, the outlet has measured the iPhone 12 screen sizes of various models and compared them with the iPhone 11.

Earlier, according to analyst Ming-Chi Kuo, the iPhone 12 range will comprise of four models, including a 5.4-inch version, two 6.1-inch models, and one named the iPhone 12 Pro Max with a massive 6.7-inch display. However, the dummy models that Mac Otakara shows in the video hint at different iPhone 12 display sizes. The smallest model sports a 5.4-inch display, the slightly bigger one has a 5.9-inch screen, and the largest one boasts of a 6.4-inch screen.

Apart from the alleged iPhone 12 screen size, the mockups show flat sides, which line up with previous reports. As far as the back of the phones are concerned, the dummy models imply that only the highest model will sport a triple camera system, while the general consensus is that even the third model, known tentatively as the iPhone 12 Pro, will have three rear sensors. The publication also points out that the speaker configuration has apparently been changed when compared to the iPhone 11.

All the mockup iPhones are roughly 7.4 mm thick, which makes them thinner than last year’s iPhone 11 and iPhone 11 Pro. It also seems like the 5.4-inch iPhone 12 will be pretty compact, as its supposed corresponding dummy has a height of 131 millimeters and a width of 64 millimeters, which is pretty close to the dimensions of the iPhone SE. However, a previous report commented that the 5.4-inch iPhone 12 version will be similar in size to the iPhone 8, which touts a 4.7-inch display, making it slightly bigger than the iPhone SE’s 4-inch panel.

The report is not sure about the authenticity of the mockups, so don’t read too much into it. Apple will likely release the iPhone 12 range this September, and it is also widely expected to be the company’s first 5G-ready lineup. If you still want to know more regarding the iPhone 12 display sizes of various models, do check out our detailed rumored roundup, which will be updated over time.